Presented for the first time at CES 2015, the smart watch from Alcatel was quickly interested in the press and ordinary citizens. The reason the round body of the device. 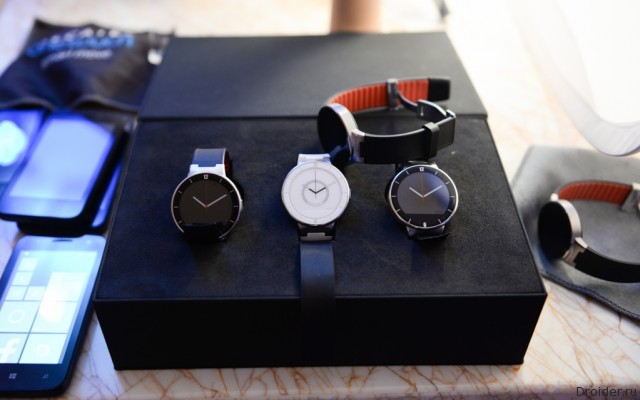 Samsung scheduled the launch of a new brand of smart watches. We have once, quite long ago wrote about the project "Orbis". Then, the company has planned to launch smart watch round shape, calling him by that name. It has now been decided to release this model under the more familiar name of Gear A. in addition, there is a few details about the upcoming device.

Even thinner, even faster, even more! This race lasts not the first year and on the sacrificial altar was thrown all: unique design, unusual features interesting form factors and even common sense. In this episode we talk about old and new smartphones, the leaks about the Sony Xperia Z4 and LG G4, questionable antics of Microsoft, Apple's unique packaging, template design, cons SGS6 and homemade pocket smart watch.

It Seems that users and developers are tired of waiting when Google will make possible the compatibility of devices on Android Wear with the Apple smartphones. 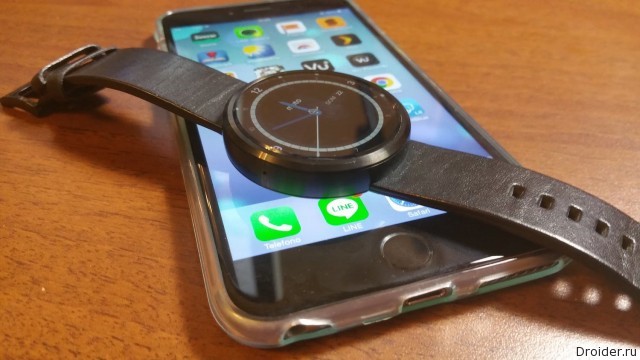 The Rumors that Samsung was working on “smart” clock Project reports continue to multiply in the pages of leading IT resources. 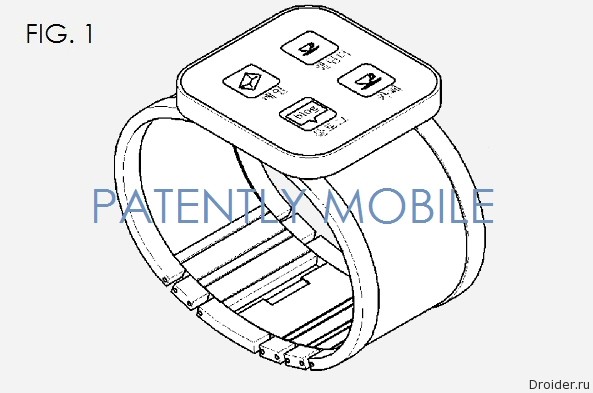 The Market for a smart watch welcomes recruits model Olio Model One, which is positioned as the first real competitor to Apple Watch as the author of the novelties is the former chief designer of Apple. sales of smart watches LG Urbane here-here will start in South Korea, and now report, what will be the cost. This chic watch will cost about 650,000 won, which will be about 395 pounds or 33700 rubles. It even exceeds the price that must be installed on the Apple Watch, which, in principle, do not expect cheap.

20 Mar 2015 Moscow hosted the 6th international forum of application developers Apps4All, devoted to topical issues of industry development of mobile applications. The forum was attended by more than 500 representatives of the ecosystem of app development, specialists of the largest IT corporations and leading experts in the field of mobile technology. The event was organized by the community of developers Apps4All. 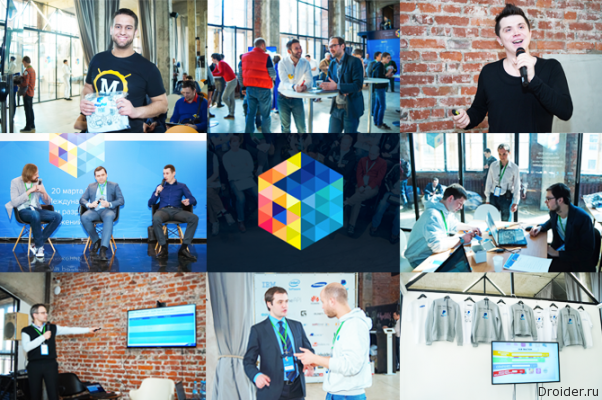 What can be interesting the gray days of the mobile world? For example, the epidemic of "frameless" devices, augmented reality from Google, bionic prostheses and firmware for Xiaomi Mi4-based Windows 10 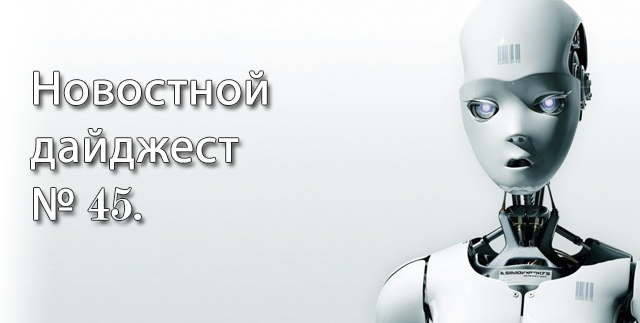 Perhaps it might be interesting. This is what we want to impress Vector. They are ready to soon bring to market two models of smart watches: Luna and Meridian. Both these devices are the assurances the company can extend up to 30 days without the need of recharging. In the market of smart watches are now fighting two titans: Google that massively with the help of various vendors trying to promote their platform Android Wear and Apple, which rely on their own Apple Watch and audience loyalty. There is a third force, which is also engaged in the production of smart watches, but at the same time, we can say that occupies its own special niche - Pebble. Is there a place for someone else? For the company, which will present another smart watch that will stand out, for example, that can live for a month from a single charge?

Intel's Leaders believe that smart watches today is such a device, which also need to be protected. They have access to different data about you. An attacker, for example, may obtain information about your pulse. And over time watch are certain to get even more information about the owner and denser to interact with a smartphone, which certainly needs to be protected. Intel announced that McAfee Security Suite is coming soon for the platform Android Wear and the segment of smart watches. In any case, the company intends to cooperate on this issue with LG, providing the application to protect G Watch Urbane.

Google, of course, give their software platform Android Wear. Intel is responsible for a part of the filling that will be placed under the body. It turns out that Tag Heurer will take care of the design and partial production, using their decades of experience producing elegant clocks actually premium segment. Their device is considered to be a luxury. Though we said earlier that Swiss watchmakers are not afraid of the appearance of devices like the "smart watch", because it is simply another product which does not compete directly with the classic clock, but recent news show that the market is already beginning to change and adapt to new realities. Otherwise why Tag Heurer release their new watches in collaboration with Google and Intel?

Wearable electronics Manufacturers have convinced consumers that smart watch is a companion for the smartphone, leaving to the court the question of utility. 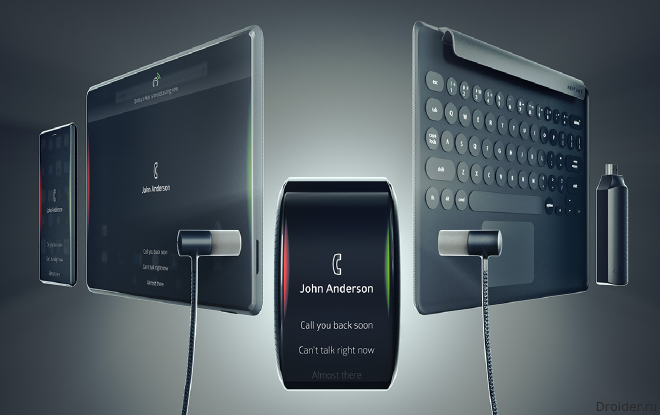 TrustedReviews report that representatives Huawei secretly whispered a bit of information about this point. From their words it appears that the Huawei Watch will be able to work longer than any other released today on Android Wear watch, on a single charge. So says Yang Yong, Vice President of products of the company. He added that carrying out a test Huawei Watch, the company has left that they can survive from the battery is much longer than, for example, Moto 360.

Huawei impressed us with its smart watch at MWC 2015. Someone called this gadget the most beautiful among similar. Someone later admitted that Huawei Watch in life do not look as impressive as on rendering. But the attention of the public, the gadget has already attracted. However, it is still not clear what exactly the capacity worth in them the battery, how long the device will withstand without charge and under load.

I do Not believe in such coincidences. But let's discuss what we saw. First, the watch shape is very similar to the Moto 360, but this time the company got rid of the slice display in the bottom of the screen. Plus a very interesting review that Lenovo will give us much more freedom and functionality. Leak! Can you believe that in the Chinese social network Weibo, equivalent of Twitter accident photos smart watches Moto 360 in the account of the CEO of Lenovo? Ian Anking posted photos of a case with some presumably smart watches, which are very similar to Moto 360 first generation. The pics and commentary have been removed.

According to the publication The Wall Street Journal, Google and Intel unite with the Swiss watch manufacturer TAG Heuer to create a luxury smart watch based on Android Wear. 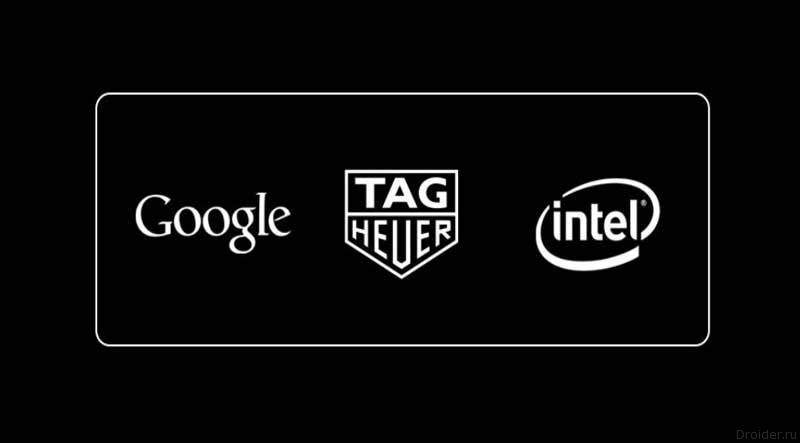 Today, March 19, Google in its official form has started writing a new Chapter in the history of smart watches on Android Wear, presenting their new partners, the company TAG Heuer and Intel. Some developers that create apps for smartwatch Pebble, found a very pleasant surprise from the company. 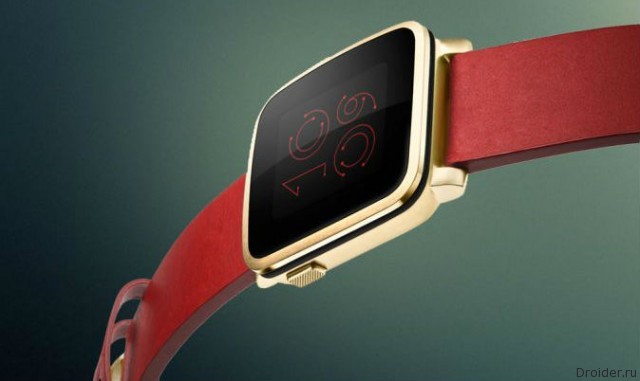 Posted on March 18, 2015 at 17:00
Tags: android, gesture, pebble, startup, watch
Xiaomi will release a competitor to the smart watch from Apple

After the official presentation of the smart watch by Apple, the network began to appear rumors of a symmetrical response from Xiaomi. 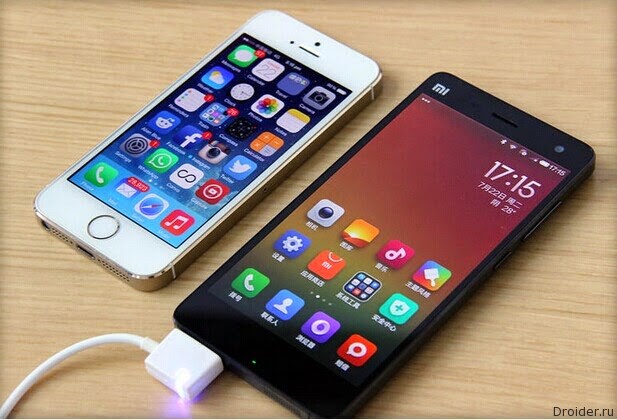 In the air new Droider Show! Summarize the presentation of Apple and Watch the new MacBook, versed in offensive statuses in Facebook and threats lock portal alternative encyclopedia Lurkmore. Approved By Roskomnadzor.