But wise decisions passed, many vendors have once again decided to go the simple way: put a drive with more capacity and say it's the new flagship. PR will make to trumpet that the device surpasses all counterparts and competitors. And we hope that people will bite. However, we recently heard that sales of many reduced, and users increasingly prefer and even budget (but far too powerful devices), understanding that substandard apps will behave poorly on any hardware, therefore they do not stir up and disperse.

GizChina Tells us that we are once again witnessing a race of numbers. If before new flagships could only surprise us with the big megahertz and memory with megapixels, later on there was some time when vendors realized that the capacity expansion will not cure Android lag. To deal with this need code for optimization of the system and their own hung from the top of the shells. And new customers to attract some chips, not just increasing performance, which is not needed and is not used in its entirety.

Another novelty was the victim of industrial espionage: Chinese social network Weibo has unveiled not only the appearance of another unannounced smartphone Oppo Find 9, but also lifted the curtain on the very attractive characteristics of the device.

After the presentation of smart watches Apple Watch, which took place last night, Oppo has decided to answer the American company, hinting at the imminent announcement of their smart watches Oppo VOOC, a thing which will be super-quick charging in just 5 minutes. Smartphones and phablets Android Chinese production have come a long way in a very short period of 1 year. So, the Chinese brand Xiaomi broke into the world top three manufacturers of smartphones, and the world begins to hear more and more about Mi devices with good performance and best design for a small price. Lenovo is also moving in leaps and bounds and is rapidly expanding its presence in new territories, and other companies, like Huawei, give a fitting rebuff to the highly competitive market of the United States of America.

Just recently, the company Oppo denied its August decision regarding the release of a firmware update of their devices to Android 4.4 KitKat. The Chinese company Oppo start taking pre-orders for your stunning new smartphone Oppo Find 7, deliveries of which will begin on may 29. The pixel Density, of course, is not all that the user pays attention when choosing a smartphone. Once this setting has been decisive for many. However, now the vendors have reached the point where further increase in resolution and pixel density of the screen, many go unnoticed. Just because not all vision allows you to spot the difference between FullHD and big. However, the numbers are still impressive, and they are a clear indication that technology is not standing still. And although many argue whether there is a need to move from FullHD smartphones in the direction of increasing resolution, we cannot deny the fact that the picture quality is still rising. Recently the company OPPO has opened pre-orders for the new flagship smartphone. In the United States to pre-purchase the Find 7a can $ 499. The people of Europe, the novelty will cost 399 euros. The manufacturer promises to deliver the devices at the end of April. 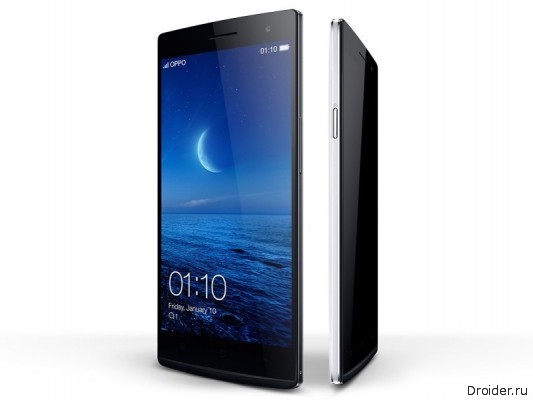 As previously promised, today the Chinese manufacturer OPPO held the official presentation of its next novelty — Communicator flagship Find 7.

As expected, today the company OPPO has officially unveiled a new flagship smartphone called the OPPO Find 7. In a special event the manufacturer showed just 2 of the apparatus which are slightly different from each other filling. 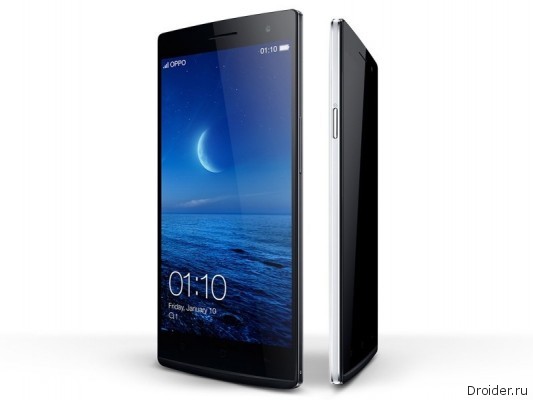 Before the official announcement of the new smartphone from the company OPPO has less than a week. Presentation OPPO Find 7 scheduled for March 19 at a special event in Beijing. 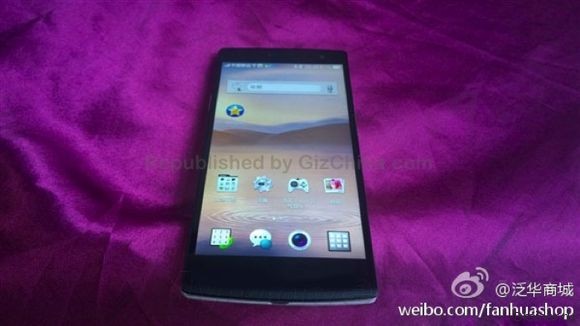 It looks Like Oppo is going to surprise us with the expected device Oppo Find 7. After they released General features - 5.5-inch screen, 2560x1440 display resolution (all of this surfaced in the teaser image, along with a version of 5.0-inches and 1920x1080 resolution) and the chipset is Snapdragon 801 SoC. And now they shocked us with the promise to establish a 50 MP camera. Yes, you heard right. 50 MP!

The Chinese company Oppo preparing for the presentation of the heir of the hero of last year, smartphone Find 5, the new model Oppo Find 7, a demonstration which will take place on March 19 in Beijing. Last week (rather, last year), Oppo unveiled details of the upcoming flagship the Find 7 is equipped with 5.5-inch screen with a resolution of 2K (2560x1440 pixels). Now, in the Internet there are a few pictures of the front panel of the Find 7 on the background bottle of Pepsi and 100 yuan for estimation of proportions.

There were rumors at the expense of the size of the screen Oppo Find 7. Previously on our site, information surfaced that the upcoming flagship from the Chinese manufacturer can get a 5.7-inch display. But there were many people who believed, the device will receive a 7-inch display, according to the fact that the model Find 5 has a 5-inch display.

In the network appeared the yet unannounced smartphone from the company OPPO. Some sources claim that the photo you can see the rear panel from the new flagship – the OPPO Find 7. 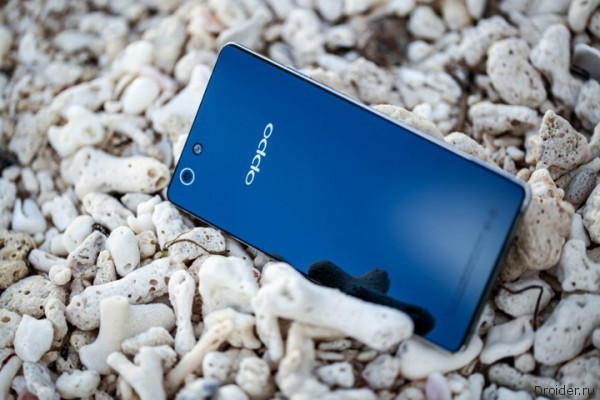 In mid-June were the information about the company's plans Oppo release a limited series of flagship Oppo Find 5 in red color scheme. Appeared the first information regarding the use of OCTA-core processors MediaTek in future devices. So, the Chinese company G Five plans to release a phablet called G Five Kivu.