Showing posts with tag nexus 7. Show all posts
The new tablet Nexus 7 from Huawei, and Google are already in the works

The Last time Google released the tablet in October 2014. The Nexus 9 turned out to be a problematic device, so the company took a break and concentrated on smartphones. 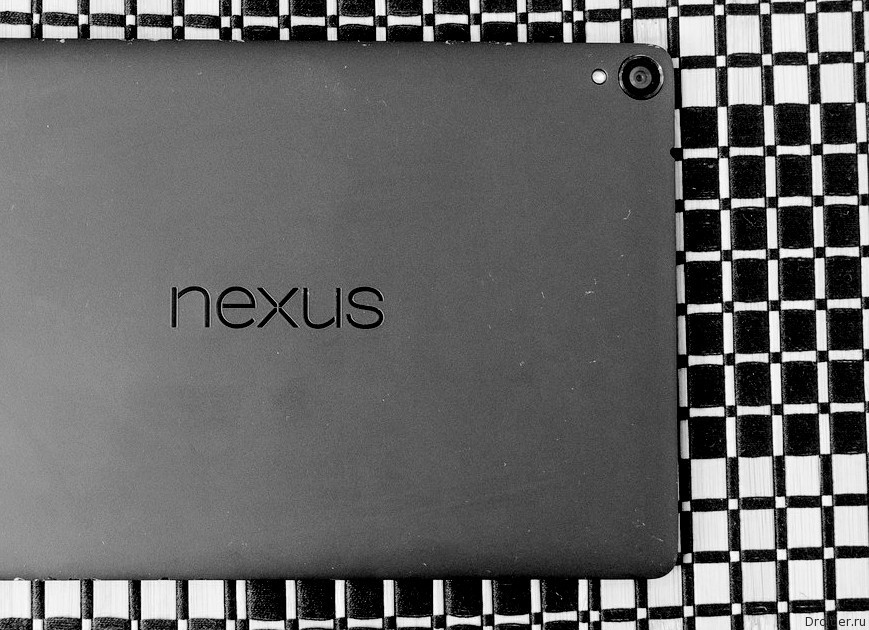 Huawei, this year debuted in the segment of “phones” along with Nexus 6P, will continue to cooperate with Google. 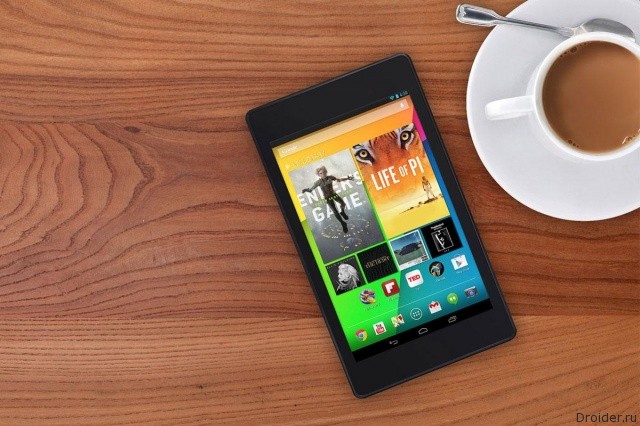 Posted on December 03, 2015 at 21:00
Tags: conference, google, huawei, nexus, nexus 7, phone, tablet
ASUS and Google are considering the launch of the new Nexus 7

In 2012 and 2013 ASUS and Google, in collaboration produced a popular tablet Nexus 7. 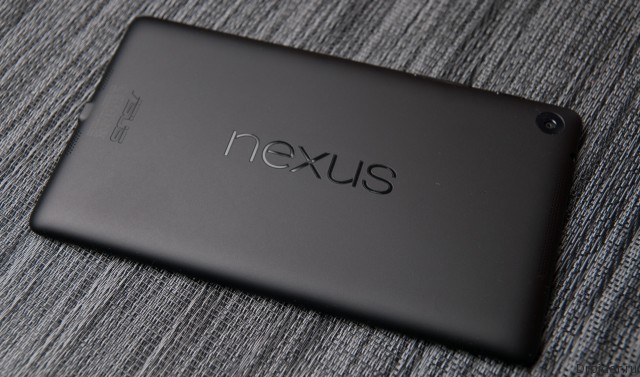 XDA Developers with a link to Android Police reported that Nexus 7 modification 2013 can get the official OTA update system to the latest Android Marshmallow. So far, the news on the level of rumors. And also rumors, but more most likely that Nexus devices 4 and Nexus 7, but 2012 Google has no plans to upgrade. Too old. However, for these gadgets certainly you can find the firmware just the same on XDA.

Nexus 7 lasted officially on sale long enough. He first appeared in July 2013. And then today's disappearance of the Google Store does not mean that the model is no longer supported or even discontinued. Remember Nexus 5 also disappear, and then re-appeared for sale on Google? If you have desire to buy tablet ruler Nexus, today you can easily buy Nexus 9, which Google released in conjunction with HTC. And the preceding Nexus 7 buy still possible, but the task was made more difficult because he was missing from the official Google Store. However, still sold by the partners in third-party stores.

Mutual intolerance - this is the diagnosis experts reference Nexus devices when you try to upgrade the firmware to the latest version of Android 5.0 Lollipop. Google, almost three months after the availability of an update of the operating system Android 5.0 Lollipop for Wi-Fi versions of the tablet Nexus 7 (2012 and 2013), released a similar update for the version with integrated 3G and 4G/LTE modules. 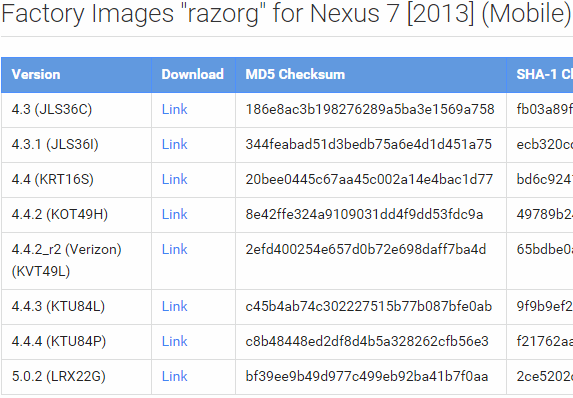 Google has posted images of Android 5.0.2 Lollipop for tablets Nexus 7 (2013) without module LTE and Nexus 10. 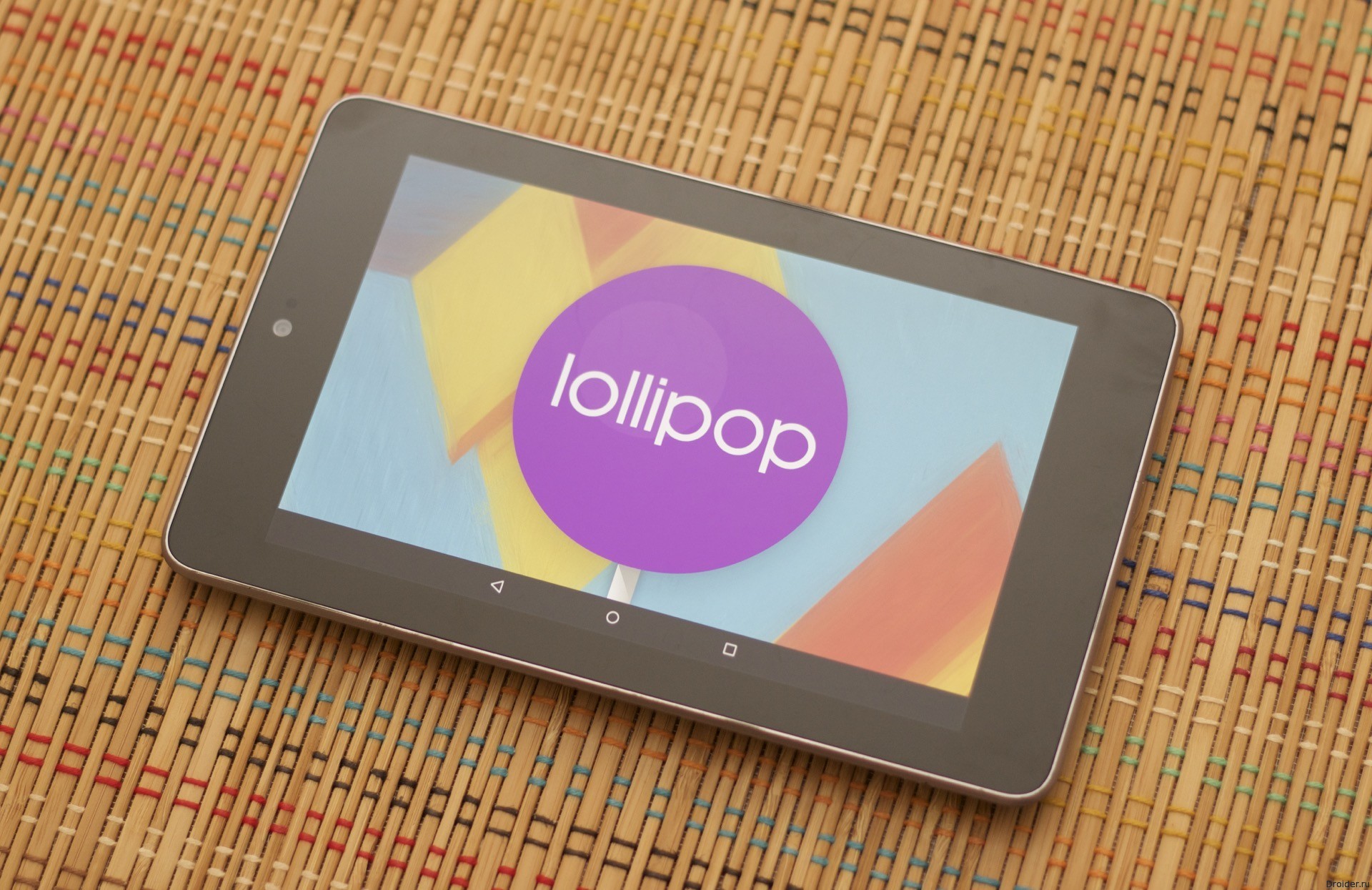 While the owners of various Samsung/HTC/Lenovo and the other in the hope of checking the updates every day, Nexus-veterans continue to receive the latest OS version. 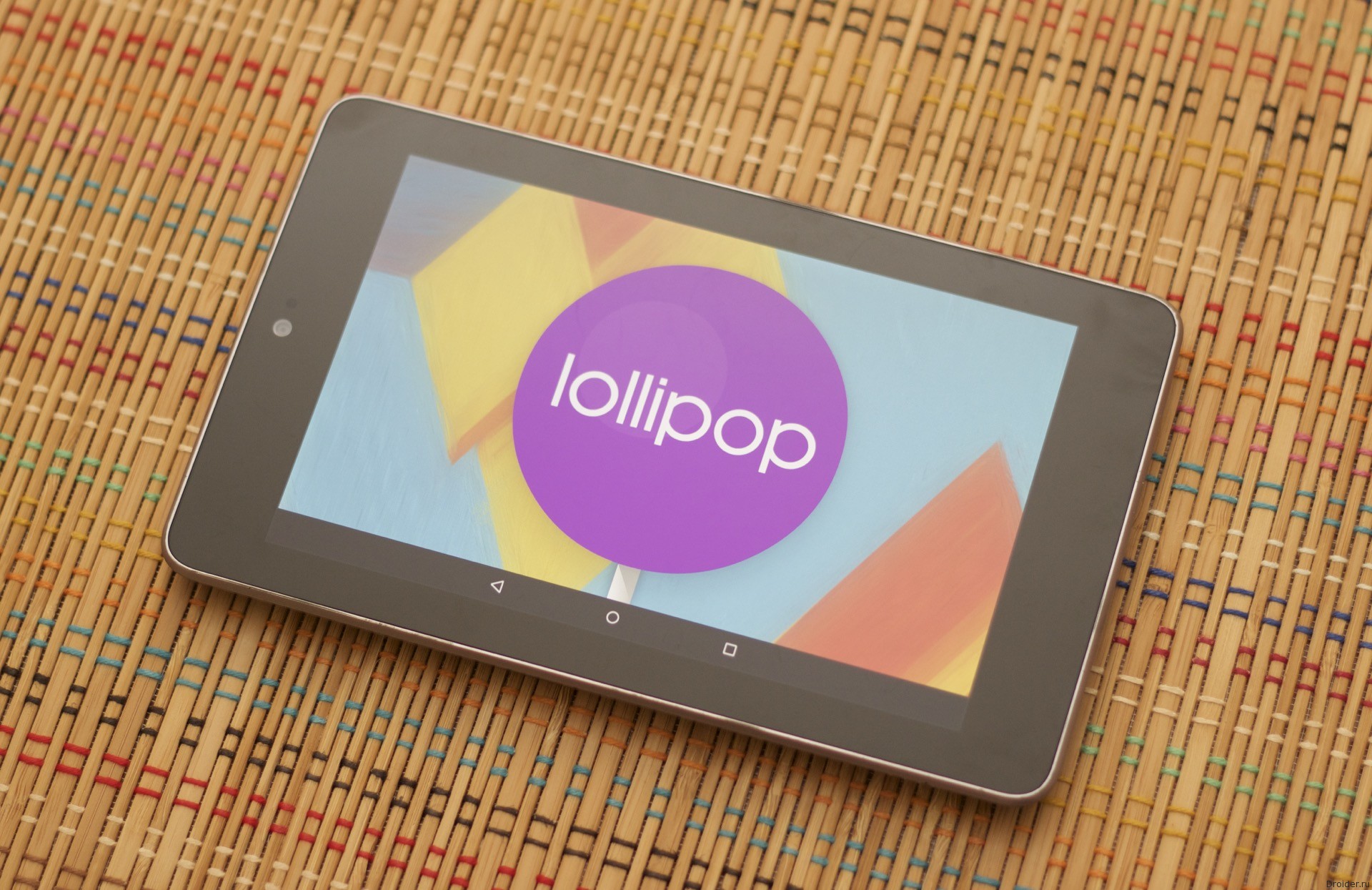 Google has posted a his website the new operating system – Android 5.0.2 Lollipop for my tablet Nexus 7 first generation. On the list of fixes and innovations is not reported. 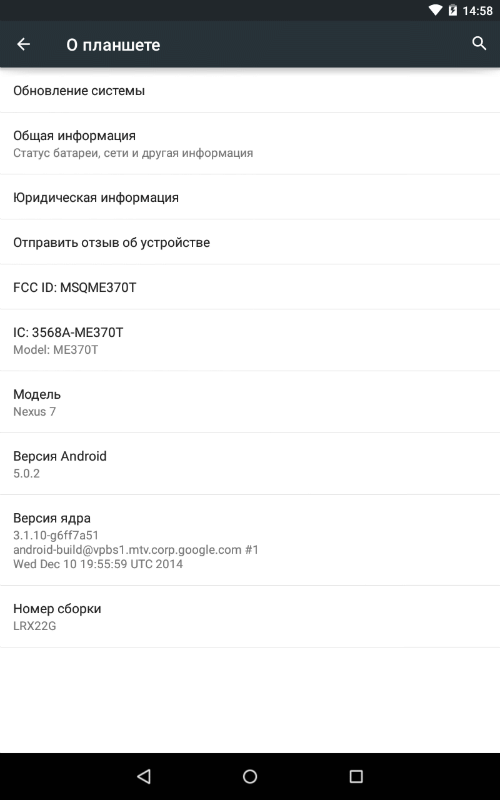 Users who switched from Android 4.4 operating system to Android 5.0, speak negatively about the work of “Lollipop”. 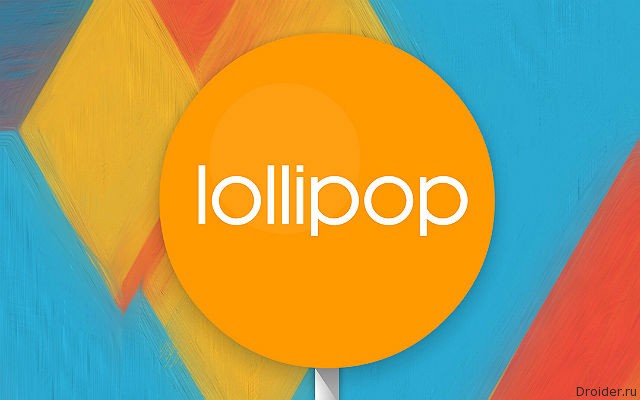 ASUS has announced that tablets Nexus 7 production ASUS included in the "first wave" devices that will receive the freshest updates of the operating system Google Android 5.0 Lollipop. Staff portal Android Police reported that last night for him to e-mail a letter with a link to download the original factory firmware with the latest version of the Android operating system 5.0 for tablet Nexus 7 (2012) Wi-Fi version. 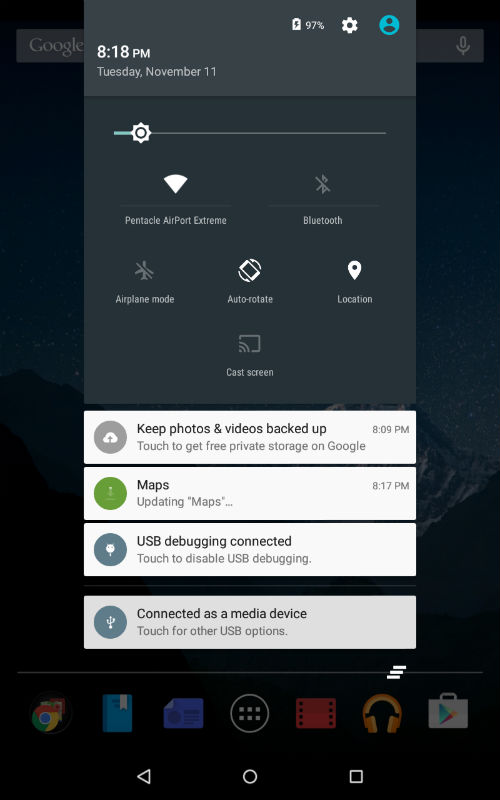 The authors of the portal Android Police were able to download and install the factory image of Android firmware 5.0 Lollipop for the wifi version of the tablet Nexus 7 (2012). The firmware is called LRX21P. The archive size is 371 MB. 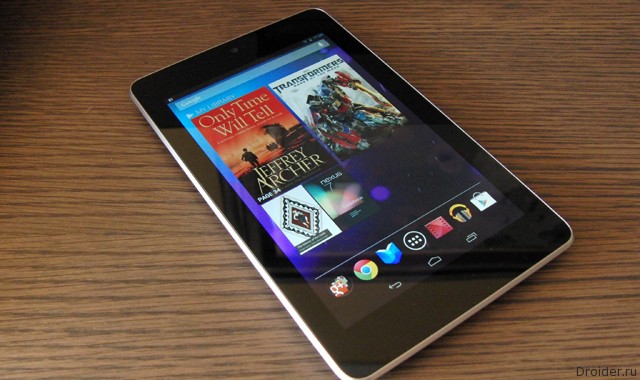 As reported by network sources, in the near future, Google will start sending out updates to Android 5.0 to devices from the Nexus line. However, while it is only on tablets – Nexus 7 (2012) and Nexus 7 (2013). According to available data, firmware for 7-inch tablets are in the last stages of testing. 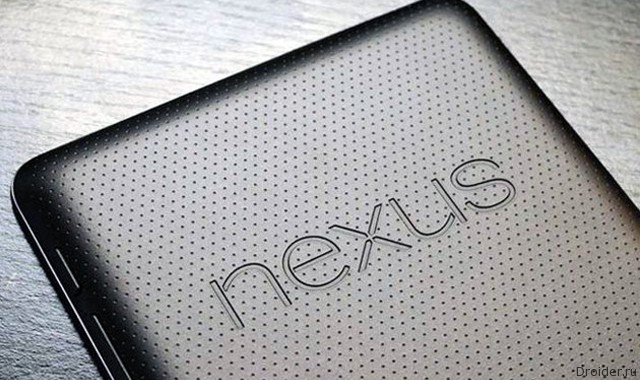 Google has announced the final release and availability for download developers Android 5.0 SDK and updated the "firmware" with Android 5.0 Lollipop Preview for Nexus 5, Nexus 7 (2013), ADT-1 and Android emulator. 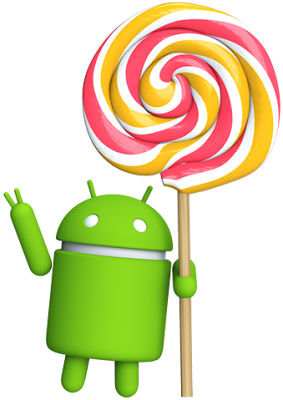 Yesterday Google anonsirovana 3 new gadgets – Nexus 6, Nexus 9, and Nexus Player – and presented a public version of Android 5.0 Lollipop. However, the Internet giant has not announced the full list of Nexus devices that are updated to the latest version of the Green robot. This information appeared later. 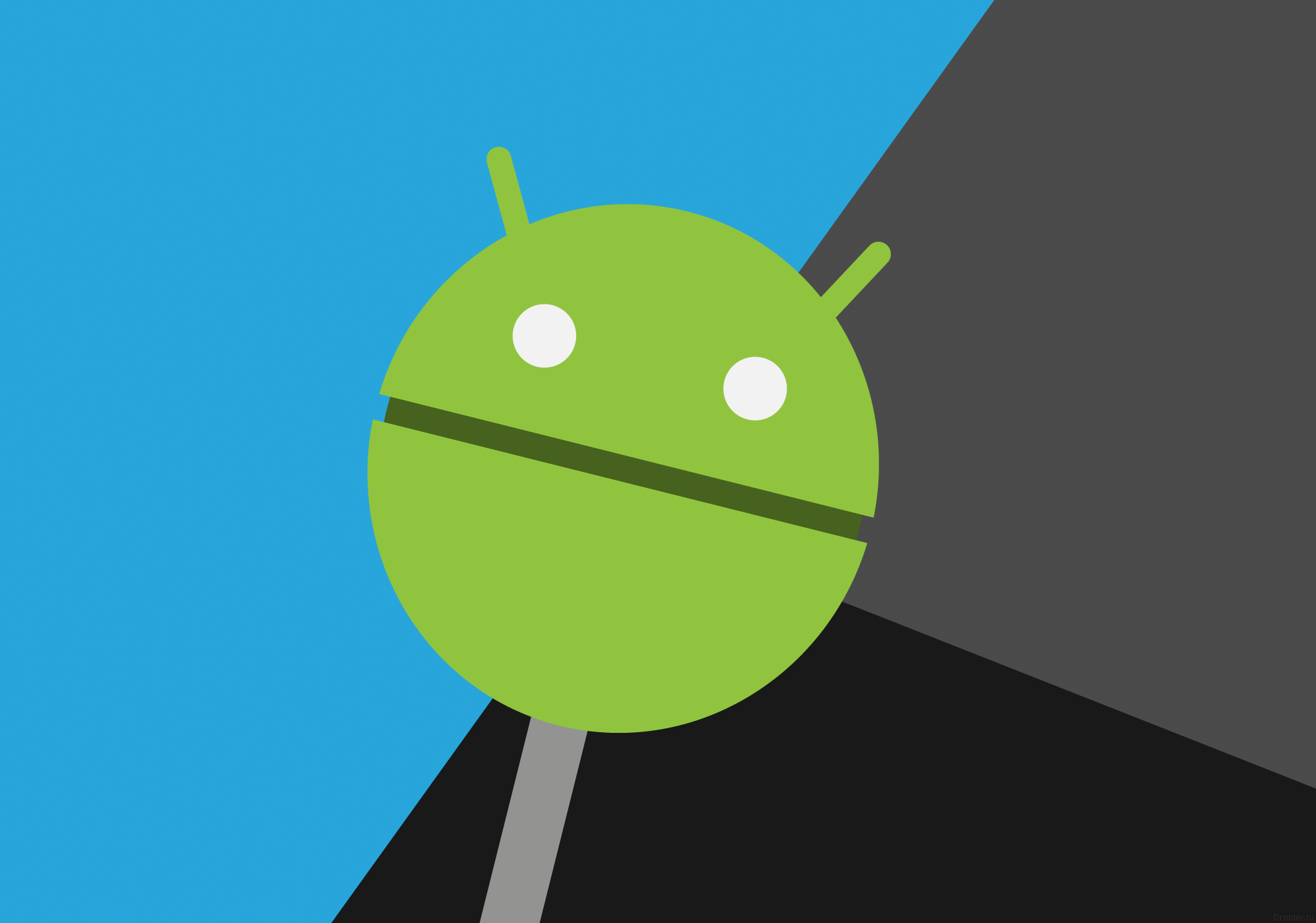 In early April on Droider started the contest very tasty prizes. Participants had the opportunity tablet Nexus 7 and a trip to Europe. And finally, it is time to sum up and to the winners.