Next week, reportedly will be in demand from fans of the beta versions from around the world. 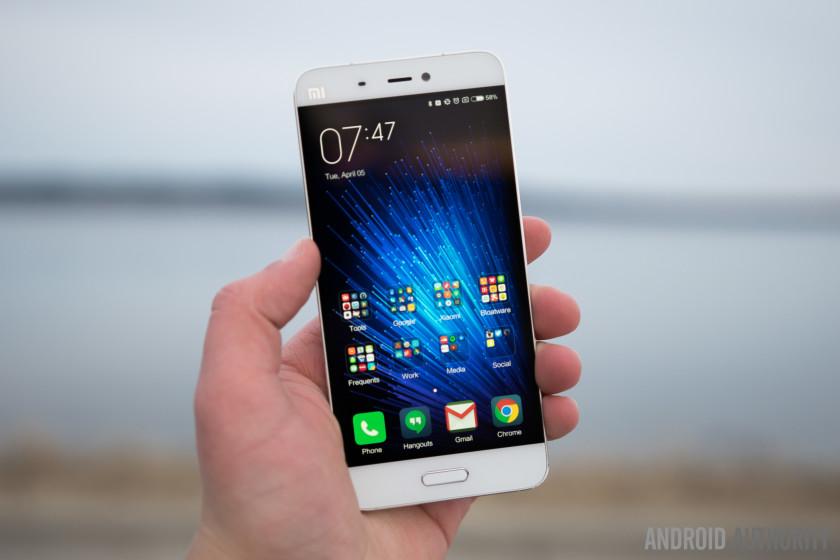 If you are the owner of the device Xiaomi Mi5 right now, this Chinese company invites you to take part in beta testing new firmware for the gadget. Preparing an update based on the freshest Android Nougat 7.0 and proprietary shell MIUI 8. The deadline for entry into the community of beta-testers settled down to November 21. First Xiaomi wants to find testers from China. 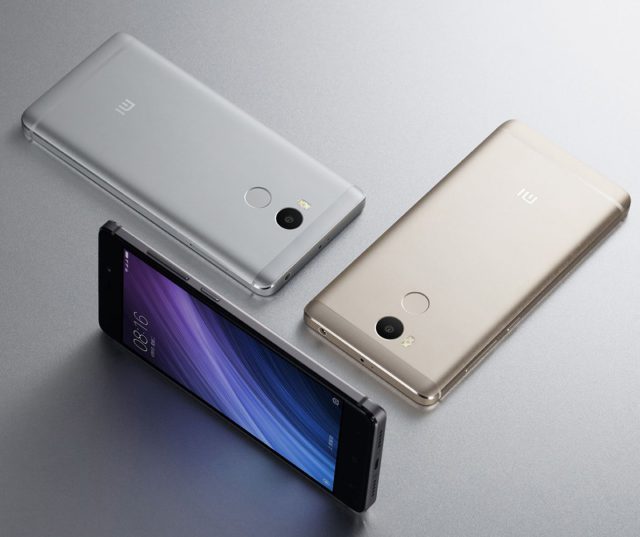 The Chinese company Xiaomi introduced its two new flagship smartphones – Mi5s and Mi5s Plus, characterized by the presence of the body of metal, a fingerprint scanner, as well as the latest Qualcomm Snapdragon processor 821. 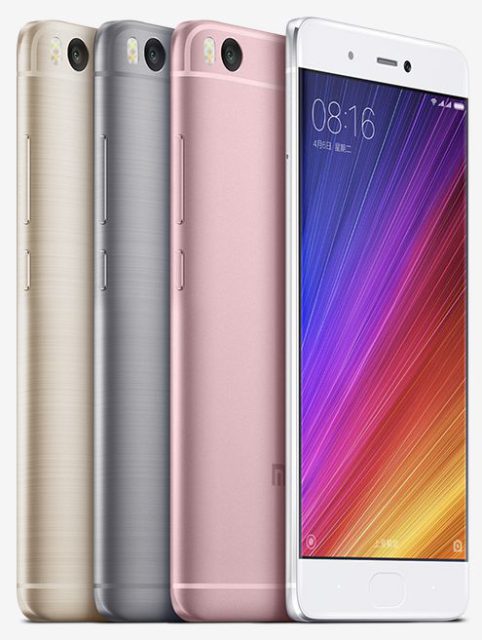 On the official MIUI forum, we can already find information about that start of distribution of the firmware is scheduled for August 23. First MIUI OTA 8 to get smartphones: Redmi 1S, Mi 2/2S, 4i Mi, Redmi Note 3G and Redmi Note 4G, and for them waves, an update will come to other devices of the company.

Xiaomi has prigotovila global stable MIUI with IOS 8 for some of their drivers. This particular version we have been all waiting for. It is in the global piastol officially Google Play Store and other services and apps, as well as removed are not relevant for Europe debris from purely Chinese apps.

The Company has officially confirmed this information, saying that he had received source code of Android Nougat and is going to prepare MUIU 9 in this bundle.

Last news on brand firmware 9 MIUI from Xiaomi was the fact that the company is already beginning to prepare the next version. And now we learn that MIUI will be released for Android 7.0 Nougat. Double joy for users in this way get buns and fresh Android and the original shell of the Chinese.

If we consider only the devices Xiaomi, here downright a considerable army. Only in 2015, the company shipped more than 70 million gadgets with MIUI. They are vulnerable because the relevant bug for all firmwares up to version 7.2.xxxx Stable. However, in the latest firmware versions that exist for almost all devices, the vulnerability is already closed. We strongly recommend you to updated.

IBM X-Force found in the firmware MIUI, which gives us Xiaomi company, a serious vulnerability that enables the attacker to run on the user devices of arbitrary code. While MIUI installed only on devices Xiaomi, but also officially issued by the company and for devices of other vendors, and also unofficially ported craftsmen are not those devices that are not officially supported, but have an audience of users.

Xiaomi hasn't given out free shell MIUI 8, even though beta testing is in final stage and known the release date of the Chinese and global version of firmware. Announced she was in may. But despite all this, Mydrivers reports that the company is working on creating the next version of MIUI 9. However, work is only preparatory.

Posted on July 14, 2016 at 06:03
Tags: firmware, miui, release, shell, social network, widget, xiaomi
In the network appeared information about the Xiaomi Mi 6, do you believe?

Recently, the network found one of the online retailers page on the website with a description of the future smartphone Xiaomi Mi 6. Many of the media began to spread the news, telling us about what will actually be the new flagship. But we see this is either a fake infopovod, or a mistake. Explain under the cut. this month, Xiaomi launched its MIUI firmware 8 out of alpha status and gave in the open beta. Now to download it for installation on their device can anyone. And now it becomes known that it will be supplemented with new interesting feature - multi. Yes, someone will object, what we have seen with other vendors and remodeled. Yeah, and what?

The Chinese company Xiaomi officially unveiled its new smartphone Redmi 3S, featuring a metal body, fingerprint scanner, battery (4100 mAh) and the inexpensive prices if it is quality other specifications.

By the Way, following is a method you can use to change the Android firmware. Just previously we considered how sewing of a custom rekaveri. Now follow the other way, personally, I myself like it less. But perhaps it is more versatile. Anyway, this way you can sometimes save the phone if other means something went wrong. it was evening, there was nothing to do, but because, realizing that MIUI 8 yet too crude for everyday use is not good, appeared the idea to try Windows 10 for smartphone Xiaomi Mi 4. Don't know why could someone need in addition as out of curiosity, but I will tell you how fast to flash the mobile OS from Microsoft Mi 4. 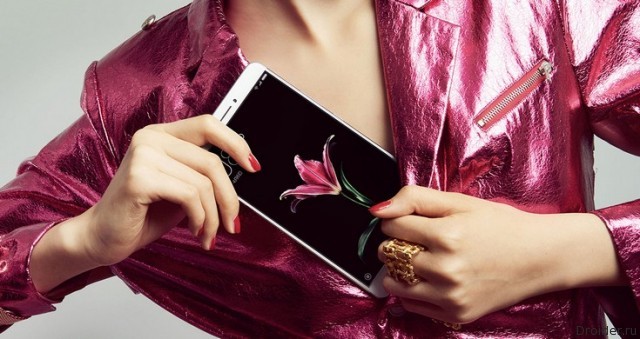 Xiaomi Company in the may holidays to relax with no plans. May 10, the Chinese vendor will hold the event, which will present a huge mobile Mi Max, a simplified version of Mi4S and a new version of the original firmware MIUI. 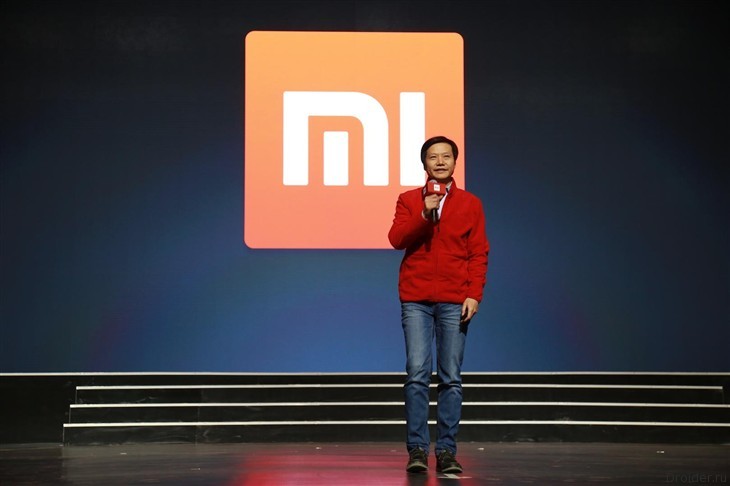 Promise many changes and the company is already teasing the first teaser of the movie, showing much-changed notification bar. on may 10, we are waiting for a decent amount of new products from Xiaomi. The company plans to show a new phablet Mi Max, a fitness bracelet Mi Band 2, as well as a new version of proprietary shell MIUI 8. By the way, most likely, MIUI 8 will come to all devices of the company, not just the flagship.

I got Acquainted with the white color. It is made of matte white plastic, which does not get dirty. The weakest point is the metal logo on the back side of the phone. He erased 2 weeks of active use, as it significantly protrudes out of the housing and is a reference point for the smartphone when he is on the surface. the Company is now creating hype around their devices frequently, but almost always it is not justified. Even OnePlus for some users was the naked king. The first interesting product for a long time for me Wileyfox Swift. The brand had something to do with Fly, but it interested me little. I wanted to try such a yummy filling for such a low price tag. The result of the tasting is now in the family of a Lis settled on a permanent basis, it was acquired for one of the parents. Xiaomi has announced the release of the original shell MIUI 7 a little more than 2 months ago. Today started asking MIUI 7.1 stable version for those who bought the products Xiaomi. In fact, the update does not carry a large number of new chips, though they are present. But mostly it's bugfixes and optimizations, which are really a lot, therefore recommended to install.

The Chinese company Xiaomi announced in India a new smartphone – Redmi Note Prime, which will cost local residents at 8499 INR (~127$), while possessing a quite decent specifications, including a large 5.5-inch HD display, support for 4G/LTE networks and two SIM cards, and battery capacity of 3100 mA/h.

Among the lucky ones who just get an update call following models: Xiaomi had previously said about which of released gadgets will be proprietary shell MIUI 7. Now you know which gadgets to get the firmware update to Android 6.0 Marhmallow. In addition, almost 100% know that the first smartphone that will work with Android Marshmallow out of the box, will be the Mi 5, which buyers are able to see by the end of the year.

Opera Software announces partnership with Xiaomi, a leading smartphone manufacturer, in which technology, Opera Max will be integrated into the service Data Saver implemented by Xiaomi in its new OS miui7 has. Technology Opera will be used in Data Saver on all your devices Xiaomi on the new MIUI 7 OS, allowing consumers to significantly save the data when using mobile apps.