Showing posts with tag korean. Show all posts
The ranking of the most popular Android smartphones from AnTuTu

AnTuTu has published a ranking of the most popular Android smartphones of the benchmark on the beginning of 2016.

The Payment system Apple, Google and Samsung have long been friends with us banks, but not one not yet tasted the "Russian caravan". 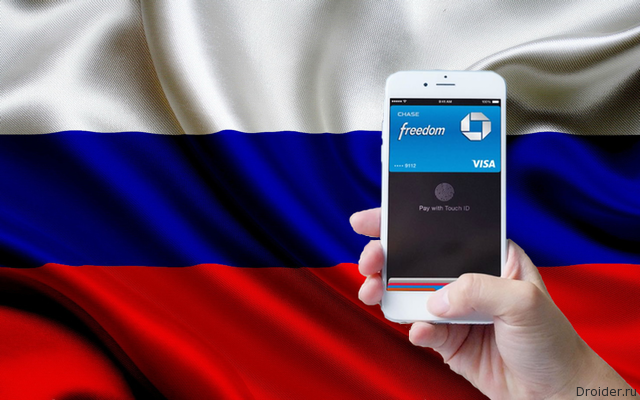 The South Korean company LG Electronics announced that its new model series, presented by LG Electronics in the beginning of the year, LG K8 LTE went on sale in Russia at a price of 12990 RUB according to the manufacturer, the smartphone combines the key functions and technical findings of the flagship models, complemented by a good design of the housing. Distinctive features of the K-series are advanced camera features and user-friendly functions in combination with the latest achievements in the field of technology, which is integrated in LG LTE K8. 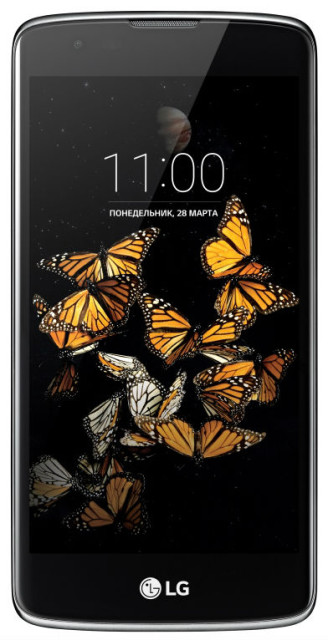 The South Korean company Samsung Electronics once again without much pomp introduced its another budget smartphone from the Galaxy series J for a number of countries, including Russia – the Galaxy J3 (2016). 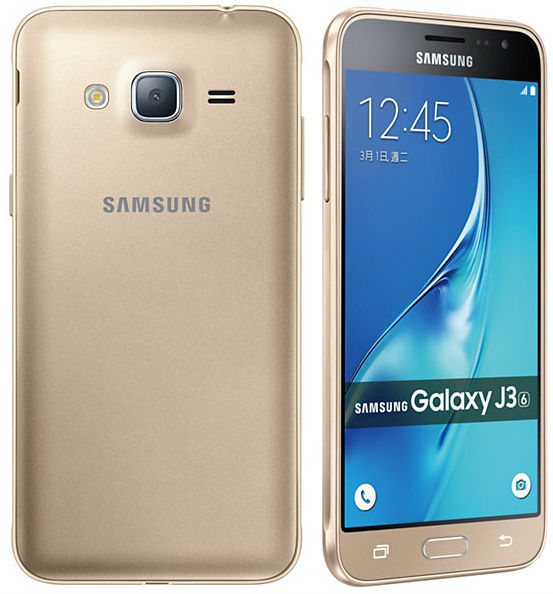 The South Korean company Samsung Electronics unveiled in China two new smartphones from the budget line of Galaxy J is equipped with a high functionality – Galaxy J5 (2016) and J7 (2016). 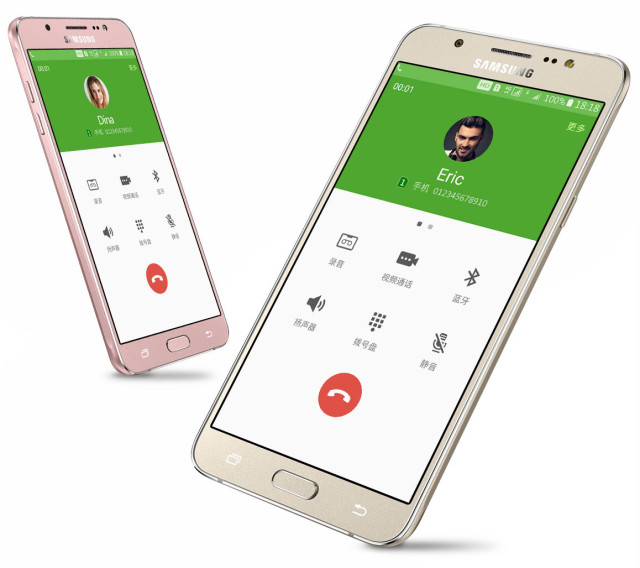 LG surprised the audience at MWC 2016 unusual design of the new flagship G5 and additional accessories. 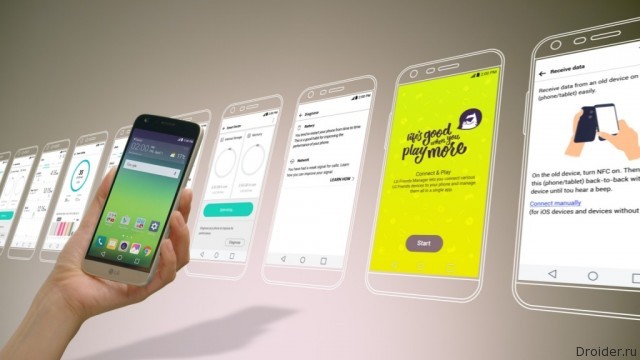 The South Korean company LG Electronics presented a new version of its mobile UI – UX 5.0 LG, which will appear first on its flagship this year, LG G5, and then other models of this year. 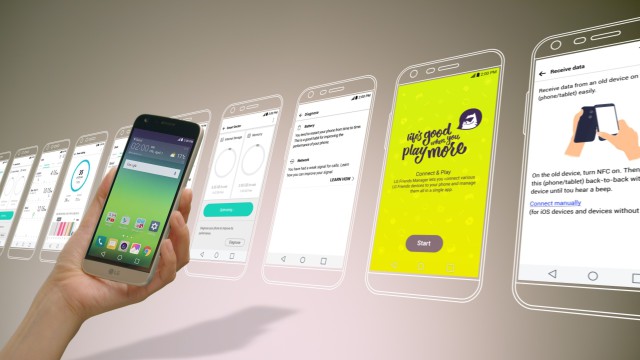 The South Korean company LG Electronics announced the beginning of sales this weeks smartphones from its new product line of "X series" – the X cam and the X screen, which it is positioning as a devices with the functionality of a premium smartphone, but aimed at a more mass market due to more affordable prices.

In Galaxy S7/S7 Edge, the company has done a superb job on every component of mobile and camera including. 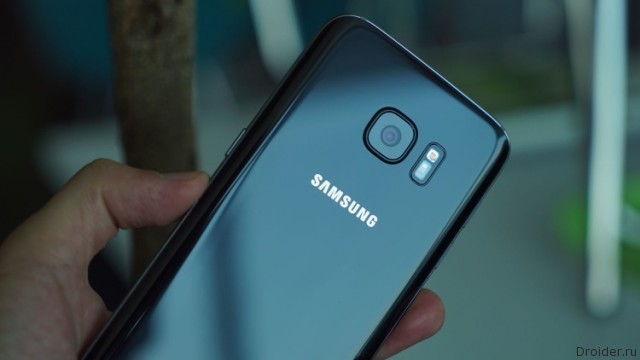 Posted on March 20, 2016 at 03:00
Tags: camera, galaxy, korean, smartphone
Google is the second most expensive brand in the world

A Few years, no single brand can not push Apple from its pedestal of the most expensive. Experts estimate the cost at $ 145 billion. However, in other places the struggle never ceases.

The South Korean company LG Electronics announced the beginning of sales at home since March 31 this year, the new flagship smartphone LG unit G5 and plug-in modules to it.

Posted on March 18, 2016 at 12:02
Tags: korea, korean, lg, play, player, smartphone
The chosen location for the production of mobile devices in Russia

Pskov authorities in cooperation with the Korean businessmen presented the project of production of electronics “Roselectrocenter”. The amount of investments will make not less than 2,8 billion rubles. 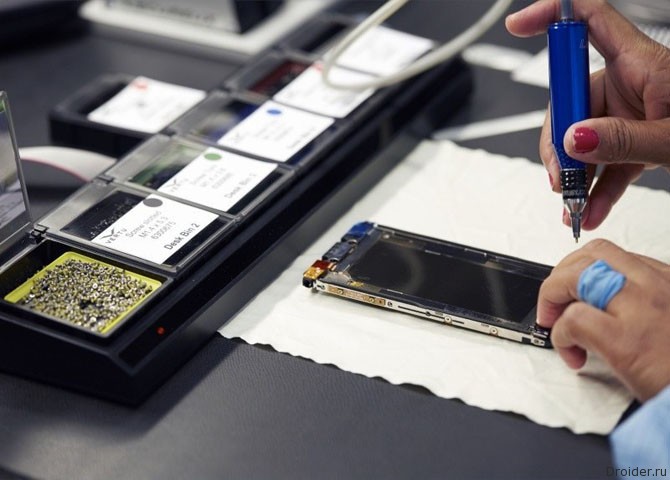 If the strike fails to warn, it is better to strike back quickly. Samsung understands this and is preparing a response "the star" March Apple presentation. 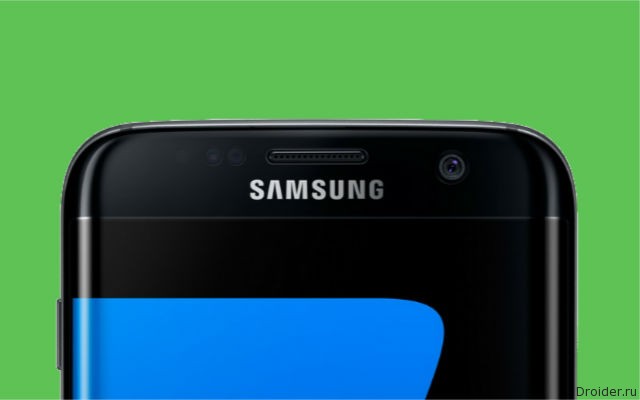 Research firm IHS has studied the cost components of the new flagship from Samsung. 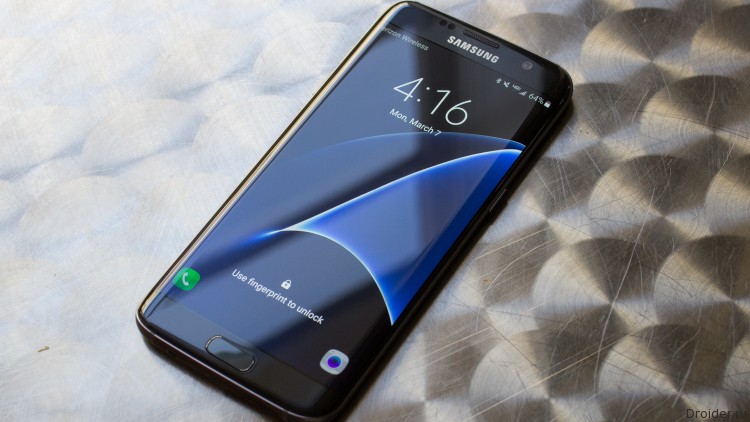 The South Korean company LG Electronics announced the completion of its new line of smartphones average level LG K Series with two new models – the K5 and K8, which will go on sale this week in key markets. The manufacturer claims that LG K8 will be available to consumers from the countries of Asia, Africa, Middle East, CIS and Latin America, whereas LG K5 will be released in Europe, CIS and Latin America (in Mexico, this model will be released under the index LG Q6). 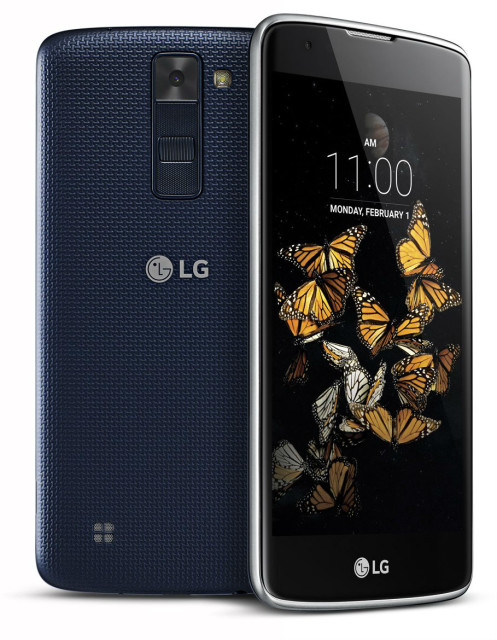 The South Korean company LG Electronics announced that its new smartphone LG Stylus 2 will be the first device in the world that support broadcast digital radio standard DAB+, which may soon take advantage of the inhabitants of such countries as Australia, Belgium, Germany, Italy, the Netherlands, Norway and the UK. 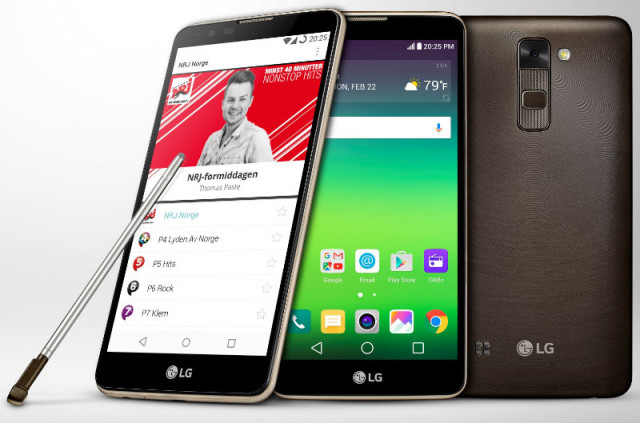 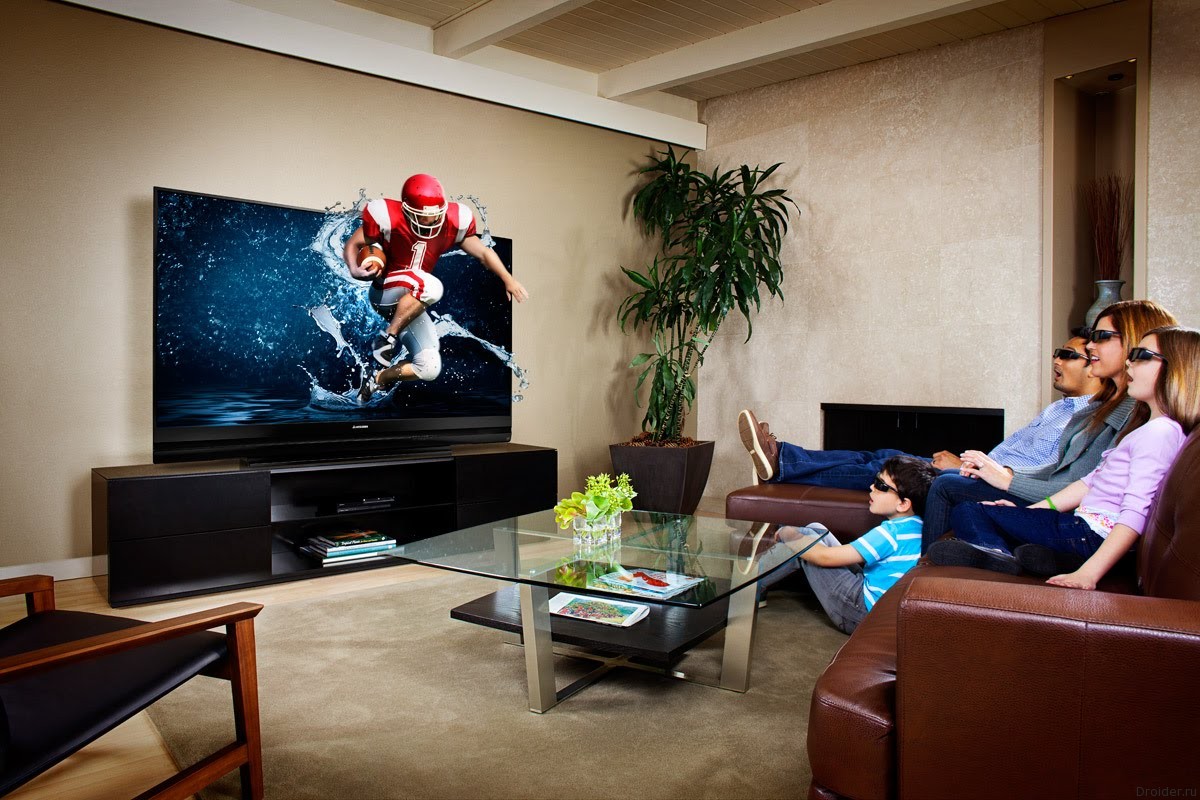 Posted on March 10, 2016 at 03:00
Tags: cinema, hd, korean, philips, samsung, tv
Vivo Xplay5 Ultimate smartphone with a curved display in the style of "Galaxy Edge" and 6 GB of RAM

The Chinese company vivo announced the completion of its series of smartphones Xplay new model – Xplay5, which is characterized by the presence of a metal body of a special aluminum-magnesium alloy and curved at the edges of 5.43-inch Super Amoled display with 2K resolution, which up to this point can be found in grocery Edge of Galaxy series from the South Korean company Samsung Electronics. 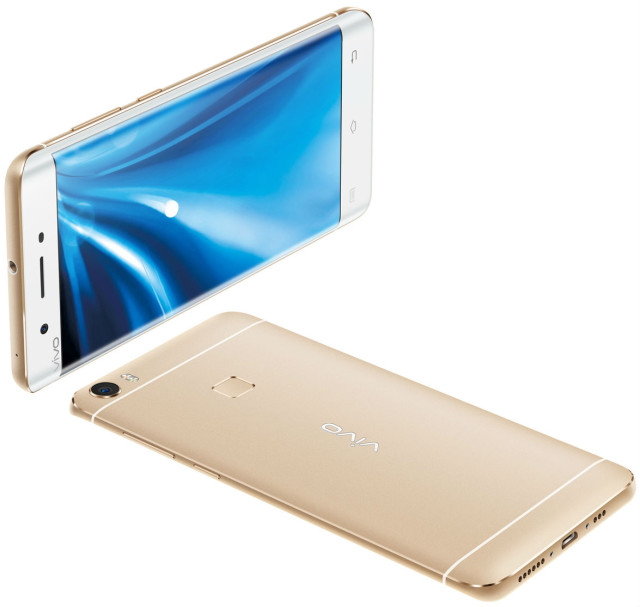 Wong said that the company has made a device that pays special attention to two aspects that are always first and foremost concerned with user camera and sound. It is a modular design intended to ensure the public interest in the G5, and also give him the opportunity to show their quality, which in turn will have a positive impact on sales.

Now, after the announcement of the smartphone LG G5 some analysts suggest that sales of the South Korean company will go up significantly. For example, Jefferson Wang from IBB Cosulting Group believes that the G5 is a machine that is really capable to impress the audience.

Samsung has brought to Barcelona not only new flagship smartphones, but also stylish fitness bracelet Charm. 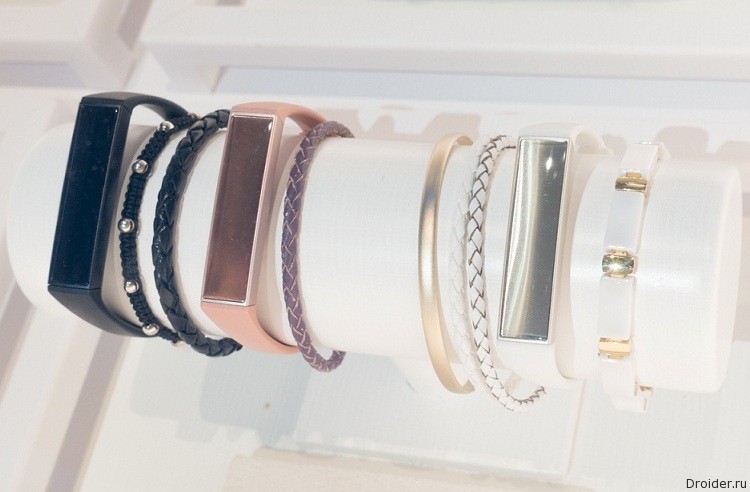