Showing posts with tag ifa-2013. Show all posts
IFA 2013: a Look at the smartphone Wexler ZEN 5 and prototypes of tablets on the NVidia Tegra 4

Good day to all readers Droider.ru. We continue to tell about interesting devices from IFA 2013. In one of the last days of the exhibition, we wandered into the stand of the company Wexler, which is mainly engaged in production of e-books and cheap Android tablets.

Good day to all readers Droider.ru. In a new video review, which was filmed at IFA 2013, we want to introduce you to a few interesting projectors from Philips company.

Despite the fact that IFA 2013 is already over, we still have something to make you happy. For example, while we were in Berlin, we came across the stand of the company PocketBook, which brought to the exhibition unusual gadget, or rather a prototype device called PocketBook CoverReader.

At IFA 2013, we found the stand of Ricoh, which among other things, was an interesting portable camera called the Ricoh Theta is designed specifically for making spherical images.

A Simple printer now is no surprise and even a 3D printer able to print almost anything, starting to calm down in my head. But what if there is a mobile device that can create three-dimensional objects. It is this gadget we found at IFA 2013 and it's called the 3Doodler.

LG has brought to IFA 2013 its new Android tablet called G Pad 8.3. Despite the fact that the announcement was made a few days before the Berlin exhibition, to get acquainted with the device closer journalists were able only to IFA.

Good day to all readers Droider.ru. The IFA 2013 is in full swing and we want to share with you the most interesting. This time, we will leave mobile devices and other hardware and look at what usually remains behind the scenes big presentations – interesting design concepts.

In addition to TVs, laptops and Windows tablets Toshiba has brought to Berlin a couple of Android "tablets" from the line of Excite. We managed to get acquainted with the "big" device called the Toshiba Excite Write.

Oh! If all week as last. Here we purchase Microsoft, Nokia, and details about the Google Nexus 5 with a new Android ohms, and, of course, a lot of novelty of the exhibition IFA 2013. Join us!

Good day dear readers Droider.ru. We continue to acquaint you with the most interesting novelties of the exhibition IFA 2013 and now we are talking about the new smartphone from Alcatel. This year, the manufacturer introduced three line – Hero, Idol and Pop. An overview of the new devices you can find in our video material.

Recently hosted an exhibition of digital technology called IFA 2013, in which Alcatel presented to the public from 4 of their new smartphone (they are all from the new line of devices One Touch Pop C-Series).

NVIDIA is already several years working on mobile processors that could draw graphics in games for smartphones and tablets to a whole new level. With one of the recent solutions in this area we were able to meet in Berlin.

At the Berlin exhibition of electronics company Acer has unveiled its new smartphone line of Liquid called the Liquid S2. It is noteworthy that the novelty has not only powerful hardware, but also a camera.

In the framework of the Berlin exhibition of electronics IFA 2013, Lenovo introduced an interesting Android tablet, which should strengthen the position of producer in the middle price segment of the market.

As we expected, LG brought to the exhibition in Berlin its new flagship – LG G2. We will remind, the presentation of the novelties was held in early August in new York. However, to get acquainted with a novelty closer, we are only now.

Until recently, Sony released only laptops and hybrid devices running Windows 8 operating system. But at the IFA 2013, the Japanese manufacturer has come with a new product called the Vaio Tap 11.

In addition to a cool 5-inch smartphone called the Vibe X Lenovo brought to the exhibition in Berlin some of their new laptops from the line of Yoga. A distinctive feature of this series is the display, which can rotate 360 degrees.

In the framework of the exhibition IFA 2013 held in Berlin, Lenovo introduced a new Android smartphone called the Vibe X.

Along with smart watch and Galaxy Note III, Samsung brought to IFA 2013 is yet another device – updated 10-inch line of tablet Galaxy Note.

Qualcomm has brought to Berlin a prototype of his smart watch called Toq. Commercial samples should appear closer to the end of this year. According to rumors, the cost of Toq will be $ 300. 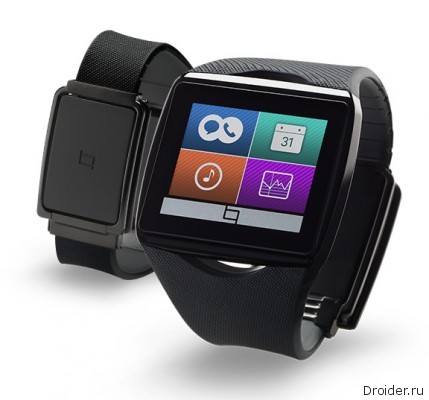