Showing posts with tag htc sense. Show all posts
The official announcement of the new smartphones HTC Desire Desire 12 and 12+

The Taiwanese company HTC today officially unveiled two new smartphones – HTC Desire Desire 12, and 12+, which belong to the line of entry-level and stand out in the first place, the presence of large screens with an aspect ratio of 18:9, while maintaining relatively compact dimensions, made in iridescent design. 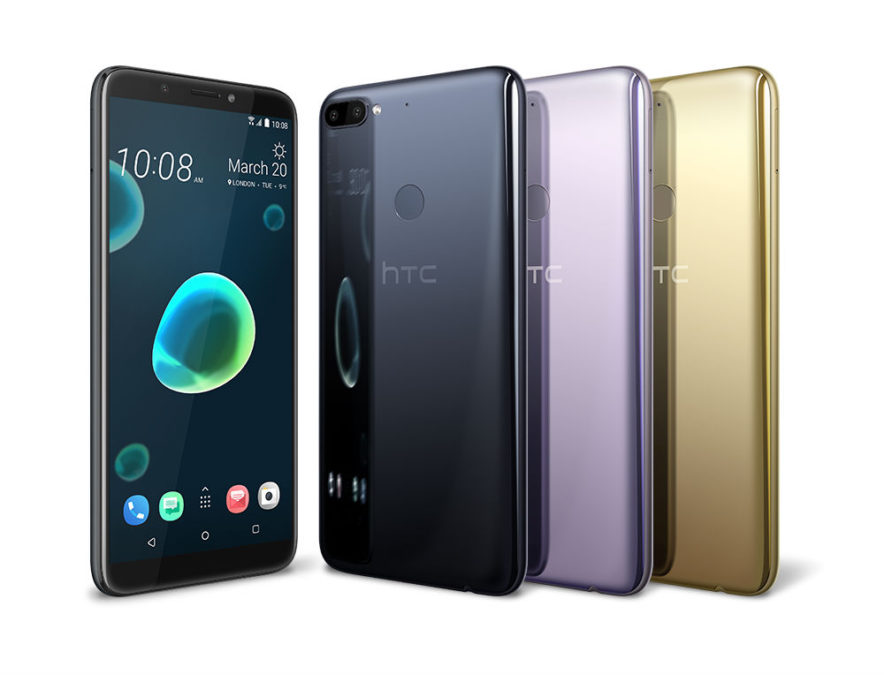 In addition to the flagship 5.7-inch models: HTC U Ultra, HTC has announced, in fact, its simplied version in the form of HTC U Play in the same "iridescent" style, but with simplified technical characteristics. 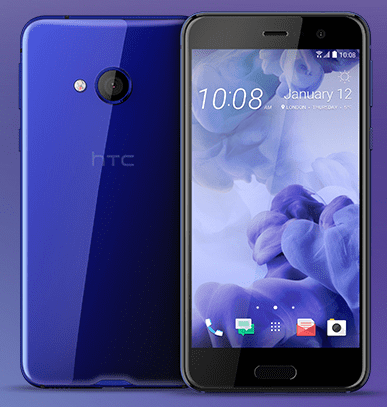 The Taiwanese company HTC today unveiled its new smartphone – HTC U Ultra whose distinctive feature is the presence, in addition to its core 5.7-inch display, small of 2.05-inch information display, similar to what we have previously seen in some models from LG Electronics last year. 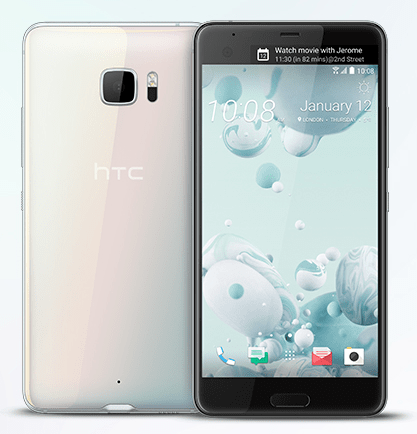 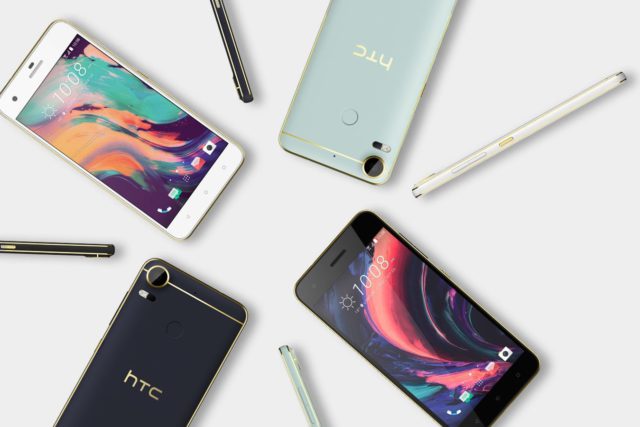 Here add that the smartphone will have a screen of 5.5-inch with a resolution of 720p, inside the traditionally chipset from Qualcomm and Android 6.0 and signature batches of HTC Sense.

Recently about the smartphone HTC Desire 10 talking VentureBeat, and today picks up the baton of Evan Blass, known as @evleaks. This fellow seems to have a couple of years ago I went to retire, but in fact continues to provide Telecom one of the most accurate leaks in the industry. And here we see the first pictures of the future HTC Desire 10. 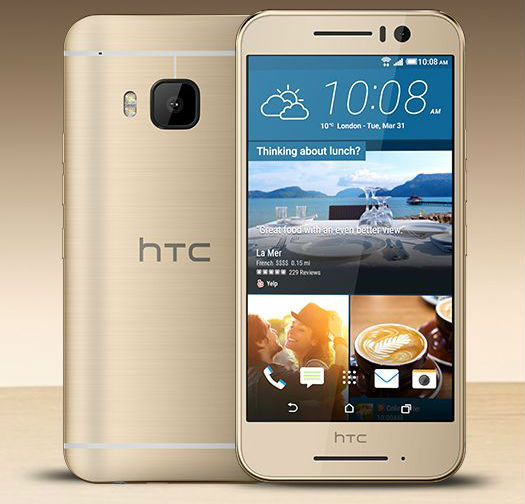 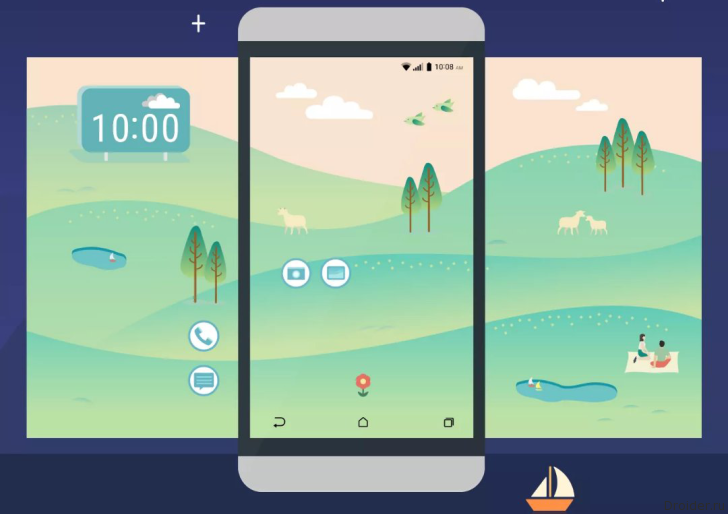 I released the first Wallpaper friend @LlabTooFeR, who for the first time provides public information about HTC devices. It is, incidentally, available in two variations. Twitter has long been a place of major leaks about the devices that the vendors are preparing for us regularly. Thus we learn not only the specifications of the gadgets, look at the appearance, but also can get some resources: packs icons or Wallpapers for your desktop. Interesting you HTC 10? But he already pulled the first Wallpaper. Swing.

The Company HTC has unveiled specifications for the previously announced line of budget smartphone HTC Desire, which included models such as the HTC Desire 530, 630 and Desire Desire 825, characterized by the presence of specially designed pattern of colored dots, Micro Splash on the polycarbonate enclosure of the new products. 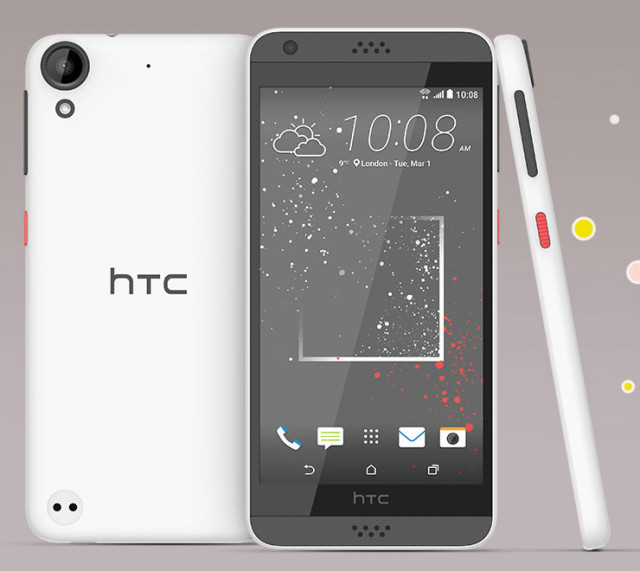 HTC officially introduced to the Russian market a new smartphone HTC One M9+, which is characterized by having a metal shell with a 5.2-inch display with 2K resolution, a fingerprint scanner, and feature HTC BoomSound, technology-enabled multi-channel sound Dolby Audio Surround sound, and a new and improved camera Duo. 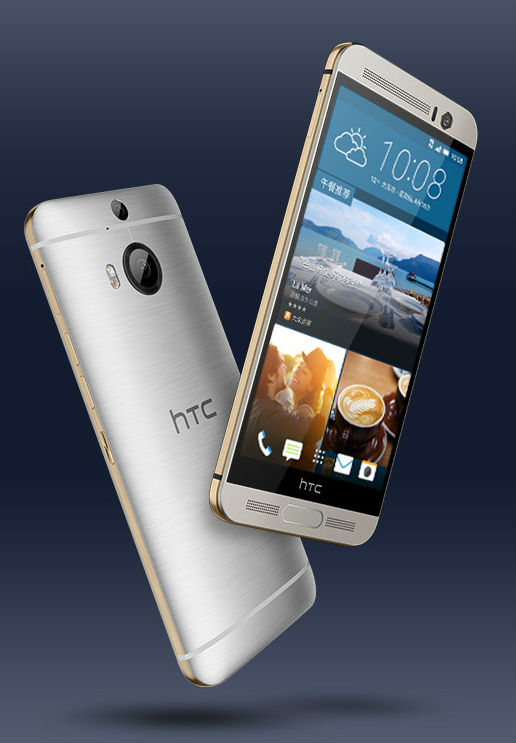 The Company HTC has presented for the Russian market a new model of mid-level smartphone – HTC Desire 626, coming to replace HTC Desire 620G, which is characterized by a large variety of colors, LTE, a large number of personalization options and improved camera. 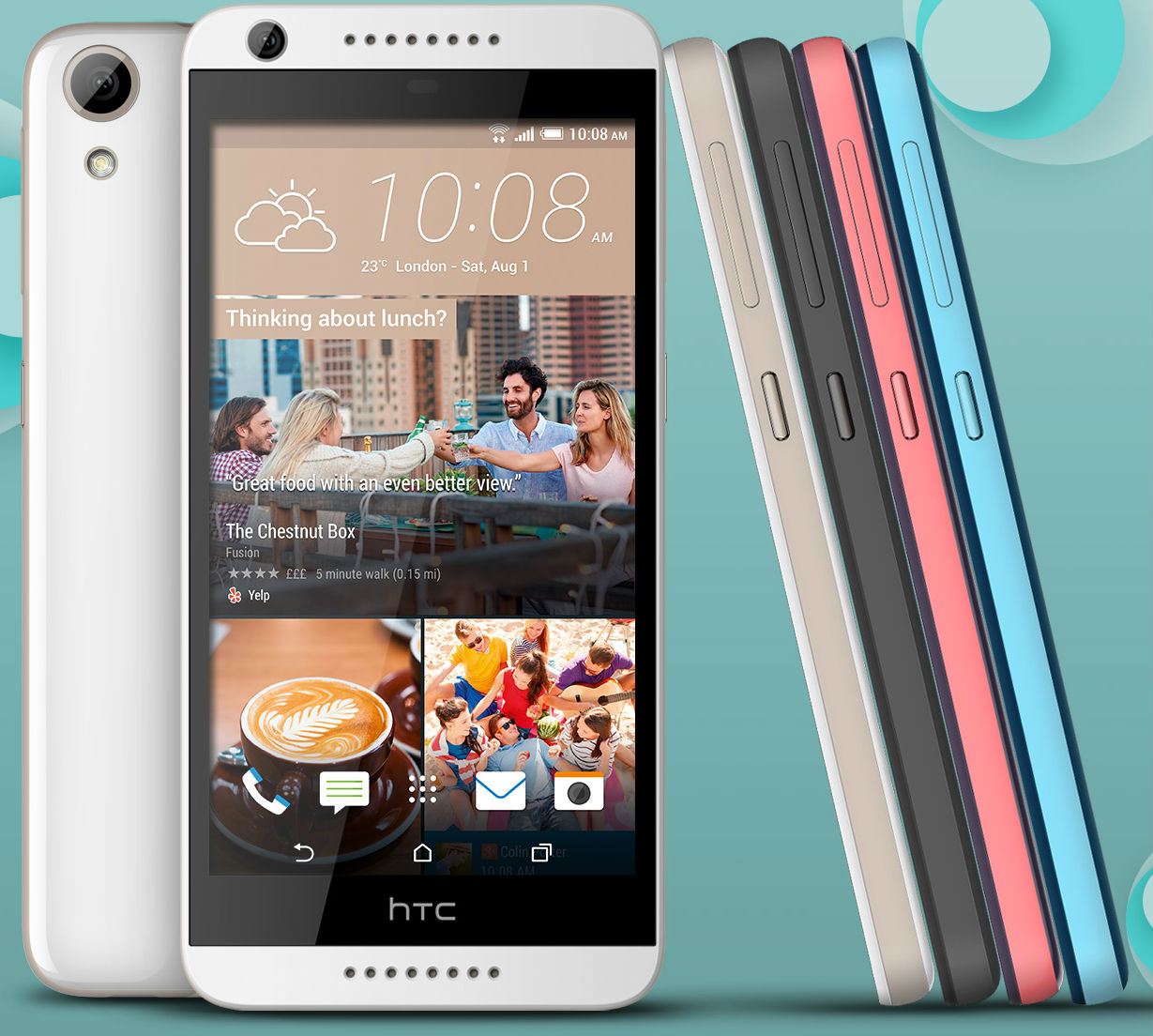 Now, if you rooted device you know what Xposed Framework, the opportunity of the launch of brand apps HTC, which previously could be found only in the composition of the shell Sense, but now on almost any device. If you are not the first enthusiastic Android, the name Sense you will say a lot. You may even one of those who believes that HTC make really high-quality apps for Android which are easy to use, moreover, fits well into the system design. But their launch is strongly tied to the original shell and the framework, which is used by programmers. HTC even available in Google Play, but doesn't work on smartphones third-party vendors. So it was until recently. Now the situation change enthusiasts from the XDA forum.

HTC has announced the release for the North American market with four new models a cheap but functional smartphone line Desire with the support of 4G LTE networks – HTC Desire 626, HTC Desire 626s, HTC Desire HTC Desire 526 and 520, which have a number of features of the flagship companies of this year, the HTC One M9. 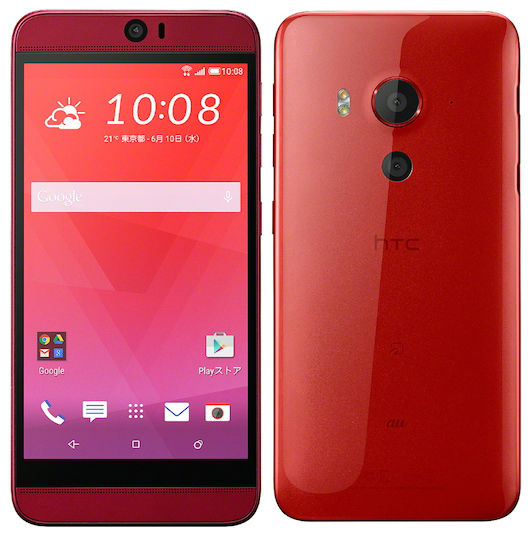 Looking ahead to say that actually, despite skakunova version number of the shell, the difference between Sense 6 and Sense 7 is almost there. Something where the icon is redrawn, sometimes the titles of the Windows repainted, the keyboard's appearance changed. All the small things. Releasing smartphone One M9, HTC showed the world and the seventh version of the original shell Sense. Journalists of the Phonearena, having caught up the smartphone with a new Sense decided to compare it with Sense 6. Let's see how evolved the system under the influence of the designers and programmers of Taiwanese.

Leaks about the new HTC One, Samsung Galaxy S6, previews, Sony, LG, Lenovo, Meizu, and other news a variety of companies. 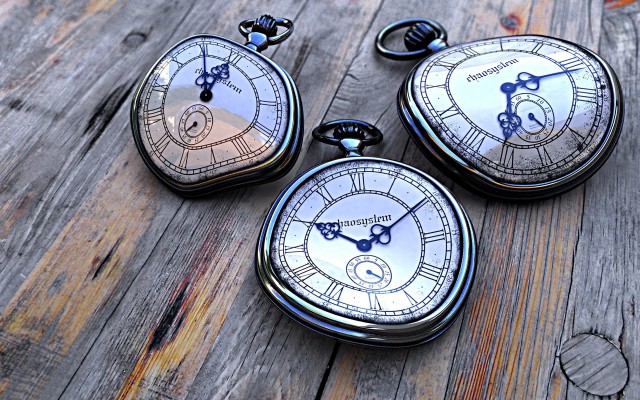 It's been several months since the release of the original Google version of Android 5.0 Lollipop. Slowly and manufacturers like Samsung, HTC, and LG, began to put the update in accordance with their own chips for high-end smartphones. At the end of the queue, lagging only Sony, whose devices are still running Android 4.4.4 KitKat. But we still hope that soon your will get Lollipop and Xperia lineup. 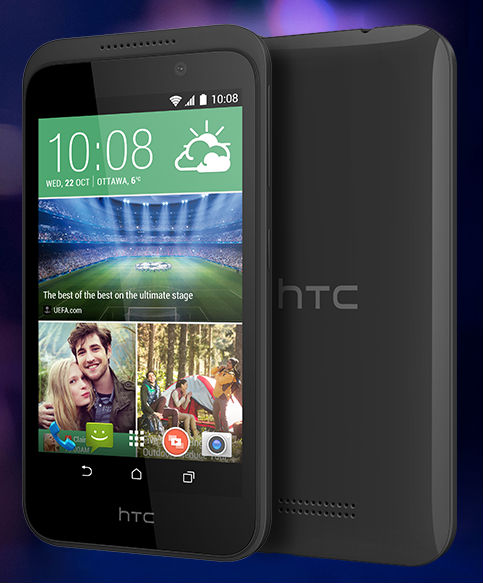 The Company HTC has presented, as she States, her most accessible to date, LTE-smartphone – HTC Desire 510, equipped with a 1.2 GHz Quad-core Qualcomm Snapdragon 410 processor, 8 GB of internal memory and a 4.7-inch FWVGA display. 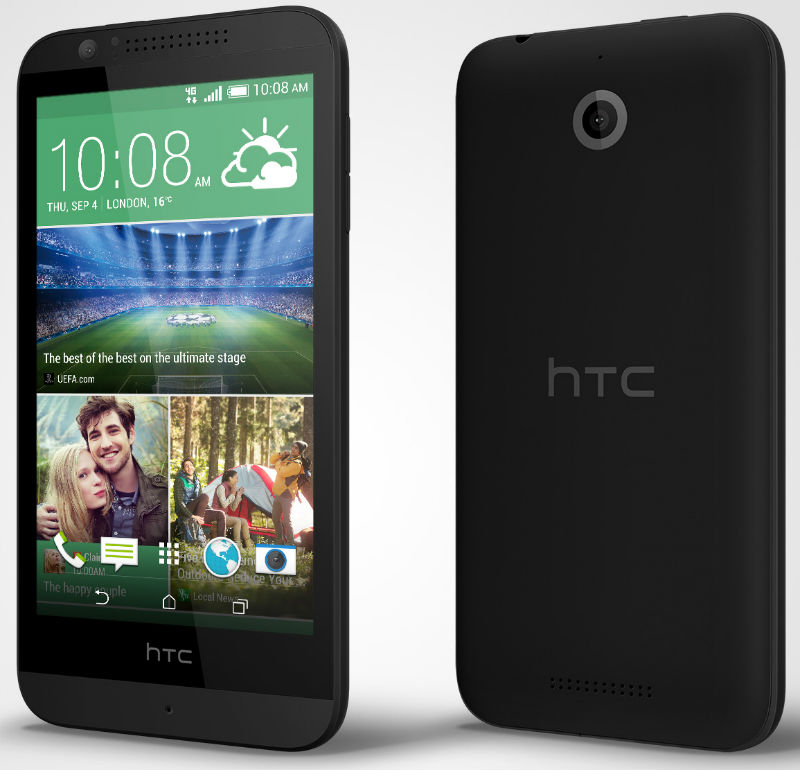