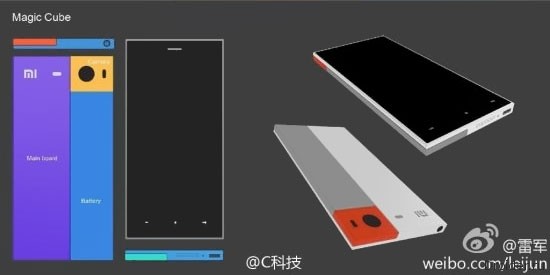 It is Noteworthy that to leak, one way or another, had a hand CEO of Xiaomi. It was his account in the social network Weibo was published render. However, soon they were gone.

While Magic Cube and Project Ara are similar by idea, of the differences between them quite a lot. First and foremost, they expressed that the draft Xiaomi is much more practical in terms of production, and hence closer to the real implementation. 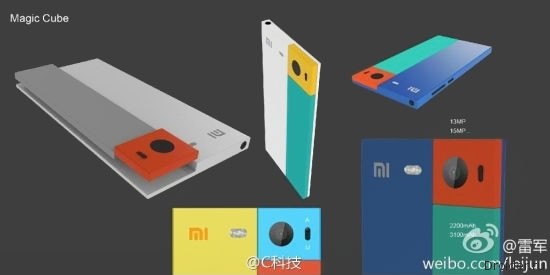 That's because the engineers of the Chinese company decided to use only 3 of the module. Magic Cube consists of a base with the screen unit with the camera and battery. From the description of the project follows that the choice will be available in the modules 13 and 15 MP cameras and 2 batteries with a capacity of 2200 and 3100 mAh battery. Most likely, a large battery will take the place of the block with the camera.

It is not clear how the project is close to completion and will it to exist as a separate smartphone or will be part of Project Ara. Motorola already talked about the fact that third-party manufacturers will be able to produce blocks to their smartphone. Therefore, to exclude the possibility of cooperation between two manufacturers not worth it.