Hello. Today we will talk about features of LG G Flex and the upcoming launch of sales of the YotaPhone. Let's not forget the budget devices such as the Xiaomi Red Rice 2 and Moto G. And a snack will be serious changes in the Android and a bit offtopic about Jolla and Sailfish. 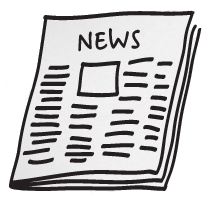 So, in this issue:

I must confess that at first I underestimated LG G Flex. This model seemed like a template answer to a similar device from Samsung. Standard smartphone at a higher price, a gift that with curved screen.

Actually, it was much more interesting. The company not only presented a model with a flexible display, but also clearly climb its benefits. For example, with a flexible screen and at least a flexible battery, the phone can “bend” under weights up to 40 kg without any harm to yourself. That is, unlike the Samsung, the LG G Flex really flexes. 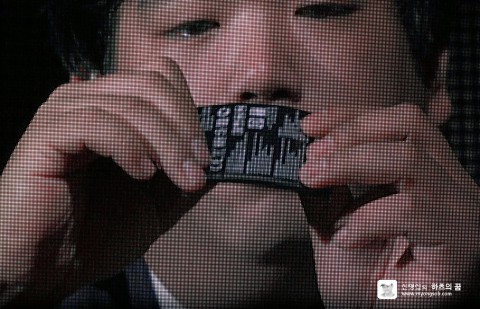 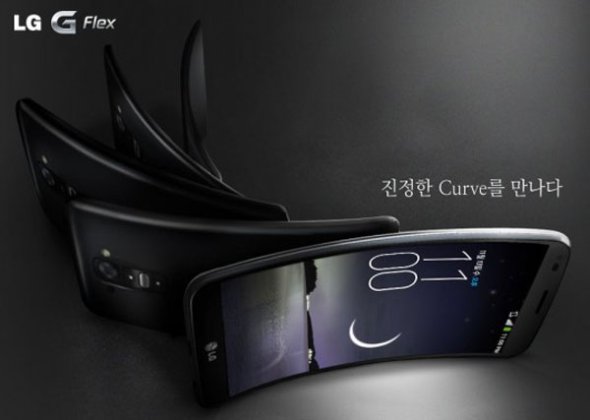 This interesting feature of the phone does not end there. From the video that the company posted on its Korean Youtube channel, became aware of the unusual properties of the material of the back cover of the smartphone. Its main feature – self-healing. Any minor scratches on the lid tightened right before our eyes that will permanently preserve the appearance of the smartphone.

The Rivalry between LG and Samsung has always been very sharp. Cost for one company to release an unusual model, as the second then presented a “symmetrical response”. But if you had to catch up the company that is LG, this time the situation has changed completely. Of course, LG G Flex, in any case remains a niche model with not the most attractive price. But to call this machine a boring or uninteresting I now hardly dare. It is only the first step, the important thing is that it is made in the right direction.

The same can be said about other non-standard phone – YotaPhone. Like many others, I have great interest in following the fate of this project. Partly due to the extremely interesting concept of the device, partly due to the “native” developers. 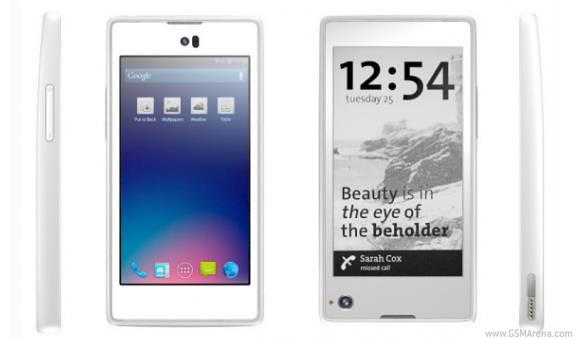 Let me Remind you that we are talking about a unique phone with additional e-ink screen. And although the phone is made in China, the device was created by Russian engineers. The smartphone was quite warmly received by the expert community, has received several awards and was recognized as one of the most interesting exhibits of CES 2013.

The company Yota Devices announced the approximate date of the start of sales – December of the current year. The cost of the smartphone is expected in the region of 20 000 p.

The Main features of the phone are as follows:

Iron, of course, is not the most powerful. But to buy this phone are clearly not for “parrots” in the benchmark. And for the comfort of such performance is more than enough. 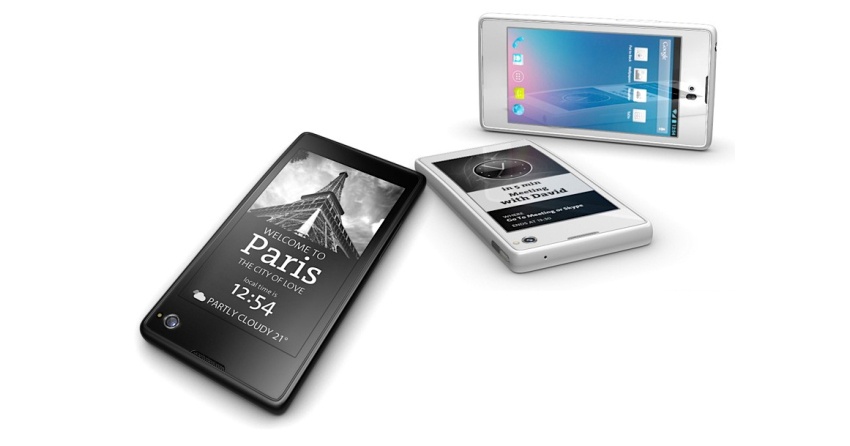 I sincerely wish the developers luck and hope that they will succeed. Perhaps this is the first attempt to develop in Russia is really interesting and quality, and stick their own labels on the next budget “Chinese”, proudly calling it “Complete Russian Analogue of the iPhone”.

If about YotaPhone everything is already known more or less accurately, the “Cyanogen Phone” is still just a rumor. Steve Kondik, who is one of the main creators of the popular firmware CyanogenMod, has long dreamed of producing their own phone. And, according to the resource Phandroid, recently, he decided to bring this dream to life. It is not just a clone of some existing model phone will initially be developed for firmware CyanogenMod. The technical characteristics are known only to the version of the processor according to rumors it will be a Qualcomm Snapdragon 8974AC 2.5 GHz. 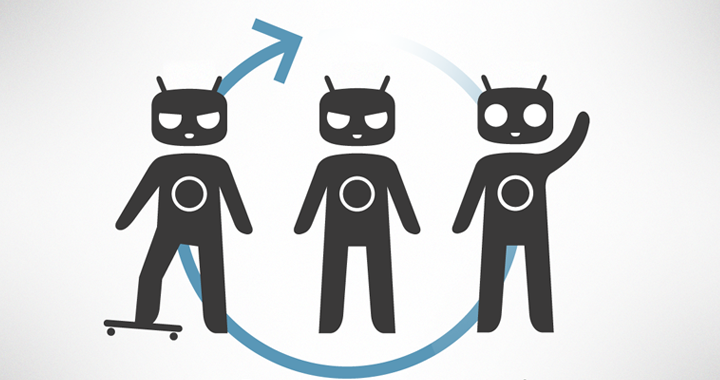 It is Worth noting that this is not the first case when the developers of the popular firmware decide to market your phone. One of the most striking examples here may be a company Xiaomi, has recently been producing smartphones on MIUI. Nice shell, good hardware and a fairly low price, smartphones are popular. For example, the first batch of Xiaomi Mi3 from 110 000 machines, were sold out in China within 3 minutes. 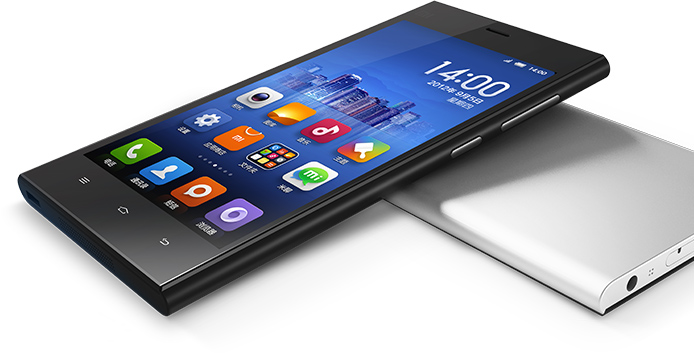 And soon to be international version of this smartphone based on Qualcomm Snapdragon 800. According to CEO of the company, its sales will begin in December.

At About this time comes another Xiaomi phone – Xiaomi Red Rice 2. Presumably, the phone will be built on an eight-core MediaTek chipset, and its screen will be 5.5-inch with a resolution FullHD. At the same time, the cost of new items may be only about 150$. However, official information about the price and characteristics of the smartphone has not yet been reported. 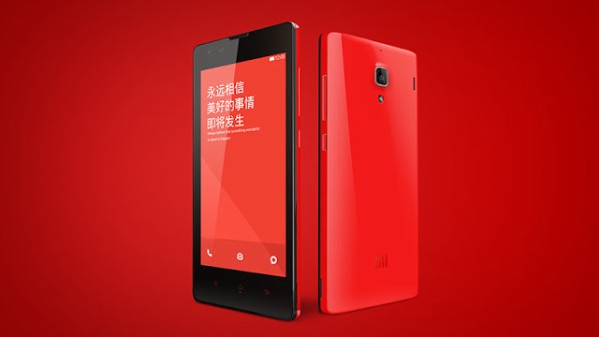 I Must say that the Xiaomi Red Rice is not the only interesting proposal in the budget segment. For example, a good option is a new phone, Motorola Moto G. In the US, Moto G will be sold at a price of 179$ for 8GB version and 199$ for the 16 GB without contract and SIM lock. And in 2014, the smartphone will be available in more than 30 countries with 60 partners. 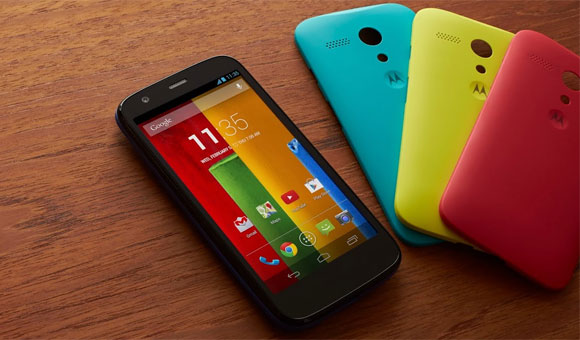 Other specifications of Moto G:

Another distinctive feature is the design of the device – Moto G has a curved back side and 19 customization options that include interchangeable rear cover Motorola Shells and cover in the form of books, Flip Shells are available in seven colors, and the side panel Grip Shells in five colors.

Record the official presentation you can see below.

As you can see, the competition in the budget segment every year becomes more acute. And in the near future in this race is planning to join and Samsung. However, a fairly original way that would not distract from the development of flagships, the company plans to entrust the development of low-end phones to third parties. At first glance, the news looks a bit strange. But, in fact, nothing unusual in this decision no. For example, a rather popular smartphone Samsung Galaxy Trend Duos (Galaxy S Duos), whose sales account for 10 million, was developed by a third party. 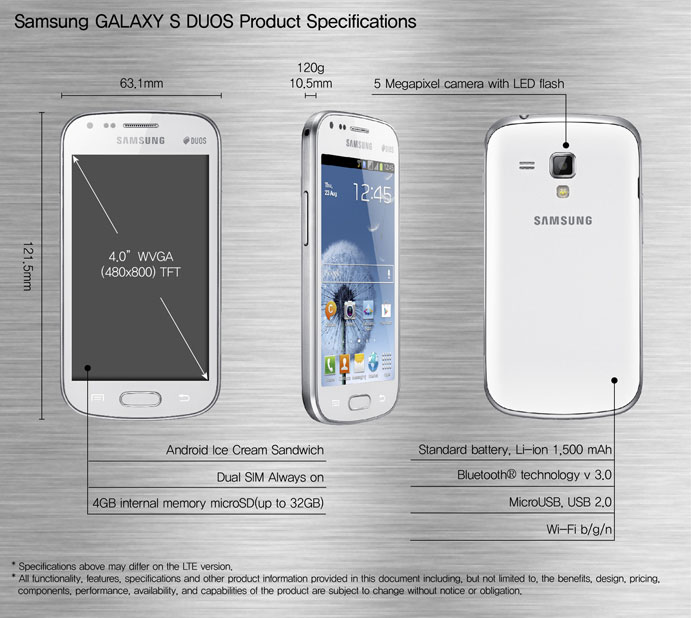 It is Worth noting that the Samsung phones now are confident demand. According to Localytics, at the moment the company holds 63% of the total shares of all companies on the Android market. 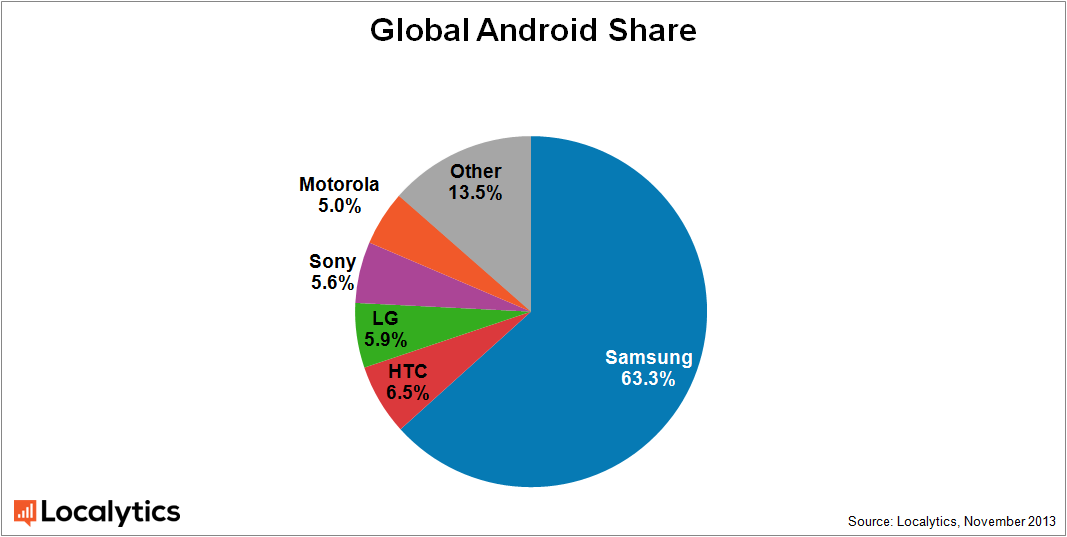 Anyway, the smartphone market is now very actively developed. And in this respect a very interesting study by LG, showing how users from the USA use their device. 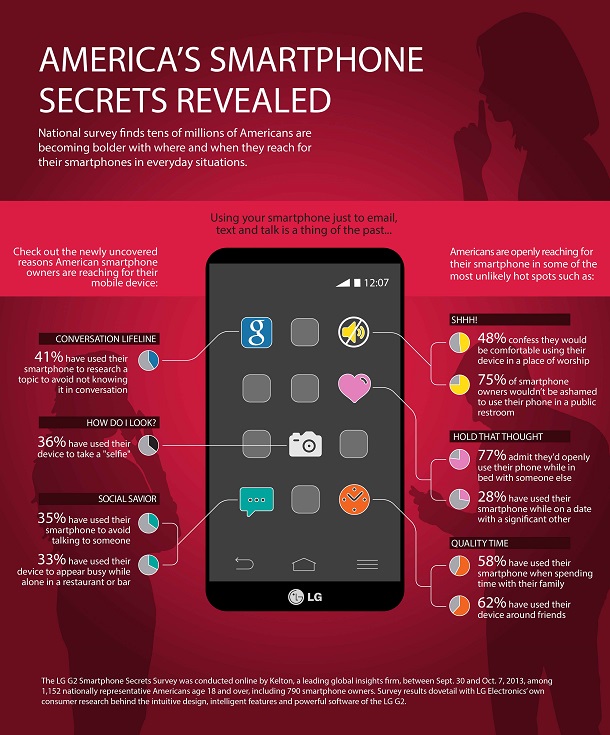 Finally, I must also tell you about another event in the world of Android. While developing KitKat, Google quietly and without fanfare made a small revolution in the world of Android. It is in this OS version of Android was first involved in technology ART, or Android Runtime. It was developed by specialists of the company for several years and in the future will completely replace Dalvik. 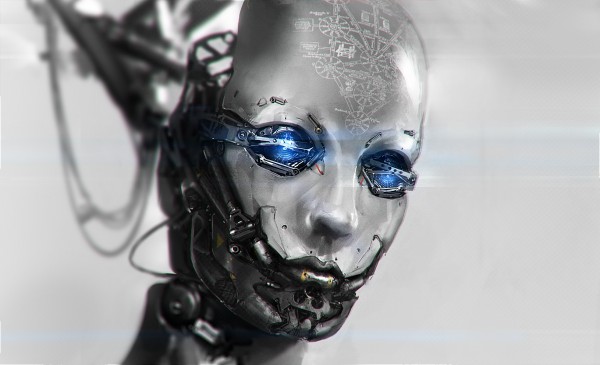 Unfortunately, I myself am very far from developing applications and poorly versed in the work of the OS. But, as I understand it, the difference between them is really very significant. During the operation of the application Dalvik continuously analyzes the code of a running application and in real time translates it into understandable for the Android kernel language. But ART acts very differently – the application code is converted only once during the first run. In theory, it should not only provide faster loading applications themselves, but also have a positive impact on battery life and multitasking device. To activate ART on my phone Nexus 5 right now, just go to settings "Developer options". 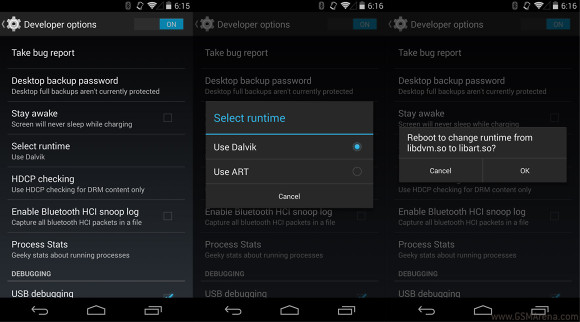 I apologize in Advance for possible wrong interpretation of the news. To see the original you can by clicking on the links below.

And let my opinion in this matter is not much, personally I'm very happy the direction of development of the OS. If the 2 versions.and 3.x in Google in a string order "seletively" Frank hole and hastily added the necessary functionality, starting with version 4.x development of the OS looks completely different. Instead of colorful "Fitch" and various "beautiful" in Google systematically eliminate all the weaknesses of its OS. So, version 4.1 brought smooth forever sausage interface, and in version 4.4 finally paid attention to optimization for low-end iron. The fight against another global disadvantage of the system is small time of Autonomous work. I would like to believe that ART will be able to help.

Let me Remind you that this section of the digest is devoted to the events, only indirectly related to the Android OS. This time we will talk about the Jolla smartphone running on Sailfish OS

Recall that Sailfish is a successor of MeeGo and developed by immigrants from Nokia. The task before the employees Jolla was standing not trivial – they needed not just to recreate the once created and then destroyed OS, but without violating the departed to Nokia patents.

But, even if successful, the prospects of the new OS was very vague. After all, the end user is important, not the OS itself, and the whole ecosystem in General. And even the most ingenious and convenient the OS is not for user no value exactly as long as under it will not appear sufficient number of it applications.

Can't judge how well the developers managed the first part of the plan. But here is the second part, they clearly did well. The thing is that Sailfish will support not only native applications but also programs written under Android. Of course, the Google Play on your Jolla will not. But will the Yandex.Store, which currently has more than 85 000 applications. For the first time, new users of the system is definitely enough. In addition, Jolla was able to negotiate with the Nokia receiving for their phone map service Here – detailed maps for more than 190 different countries.

Of Course, Android Jolla turned out to be very useful. But I was more interested in another moment – as far as Jolla itself can be useful for Android? Will she be able to bring to the ecosystem of something new and unusual? To suggest some interesting ideas, to give impetus to the further development of the OS? Or will be capable of only taking, giving nothing in return? Only time will tell.