The Company realme reported on the achievement level of 35 million users of its smartphones. Earlier, in the first quarter of 2020, the brand realme retained seventh place in deliveries in the ranking of world producers of smartphones and announced 25 million users. 10 million consumers have purchased the device realme for the past four months. 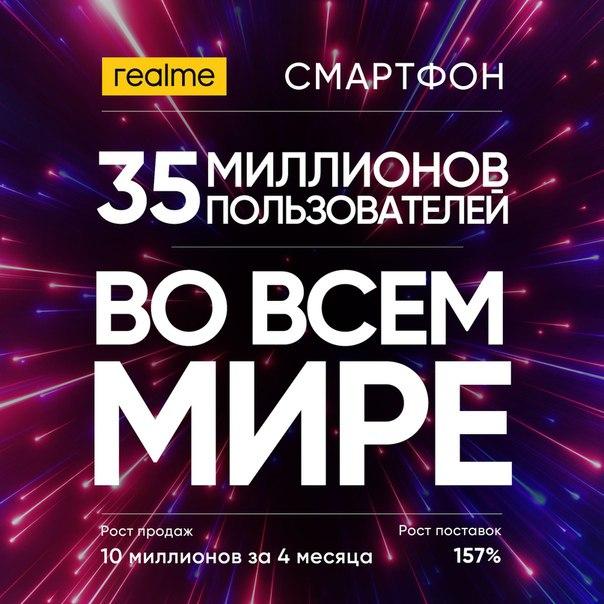 The company noted that in the third quarter of 2019 it first among the seven leading brands of smartphones. According to the study of the analytical Agency Counterpoint Research, the brand has maintained this status in the first quarter of 2020. In comparison with the figures for the first quarter of 2019, global smartphone shipments realme increased by 157% — the rate of growth, the brand came in first place in the world. The smartphone market has experienced the greatest crisis in the beginning of 2020, a decrease of 13% in comparison with indicators of 2019. According to the Counterpoint Research, global smartphone shipments fell to below $ 300 million of the devices. realme was only one of two companies among the "the only major brands that showed growth."