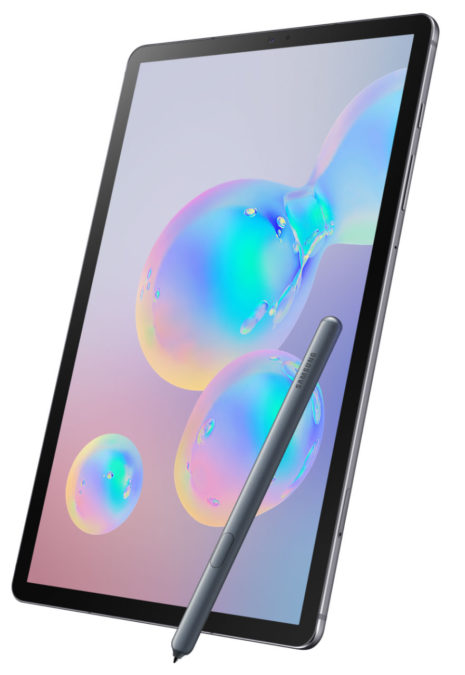 The Possibility of remote control and wireless charging stylus S Pen provides the owners Tab Galaxy S6, according to the manufacturer, more freedom of action: using gestures (actions S Pen Air), you can take pictures or control a multimedia content even if the tablet is not in the hands. Ten minutes of charging wireless S Pen will work with the accessory for about 10 hours. 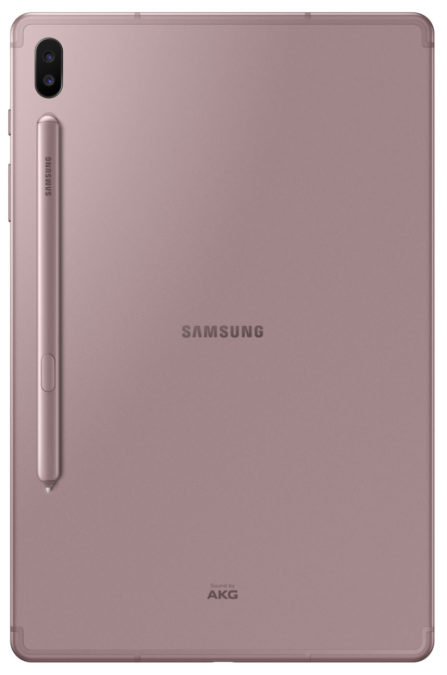 Handwritten notes can be converted into digital text and can export in formats such as a Microsoft Word document in one click. While watching the video notes or sketches can be made directly on the screen by adjusting transparency of Windows Samsung Notes, for the most simple multi-tasking.

Galaxy Tab S6 got a new improved version function Samsung DeX, which can seamlessly switch to work in PC mode for viewing content, working with documents or other tasks.

With the function key DeX on the new book cover keyboard Galaxy Tab S6 can be run off DeX with a single click. Ergonomics have been optimized and now it is equipped with a stand for the S Pen allows you to adjust the angle of installation of the device and has a touch panel and new function keys.

Tab Galaxy S6 was also the first Samsung tablet with a built-in screen fingerprint scanner. Protection Tab S6 provides platform security Samsung Knox. You can also see the Galaxy Tab S6 from the "sleep" mode to quickly log in by double-tapping the screen.

Among multimedia features it is noted the presence of a new 10.5-inch Super AMOLED display, a Quad-speaker array from AKG with Dolby Atmos and also a powerful processor and a program to improve the performance of your system Game Booster with possibilities of artificial intelligence, reduce the game loading time and optimizing the frame rate and other important parameters. 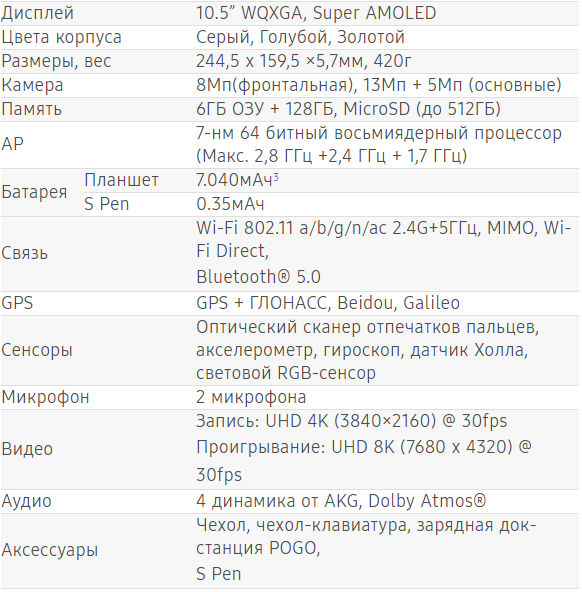