Discovered in the Google Play app to steal cryptocurrency

Anti-virus company ESET announced the discovery in the Google Play app-Klipper, substituting the data in the clipboard. The malware was disguised as MetaMask — service for storing and managing digital currency. 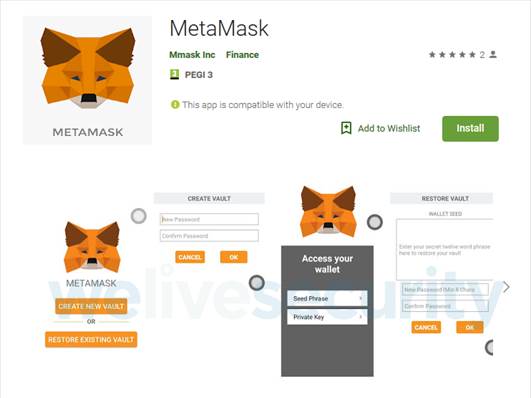 The goal of the attackers were stealing the data needed to access cryptocotyle users. So, the app-Klipper replaced addresses Bitcoin and Ethereum-wallet users to the fraudsters ' addresses.

For the First time the virus-clippers was recorded in 2017 and posed a threat to Windows users only. However, in August 2018, the scammers to spread malware among Android users using the Google Pay.