The South Korean company LG Electronics introduced its newest premium smartphone with five cameras, which, in her words, sets a new standard for mobile photography. According to the manufacturer, LG ThinQ V40 is an upgraded model of the popular series V, providing high quality when creating and playing multimedia content. 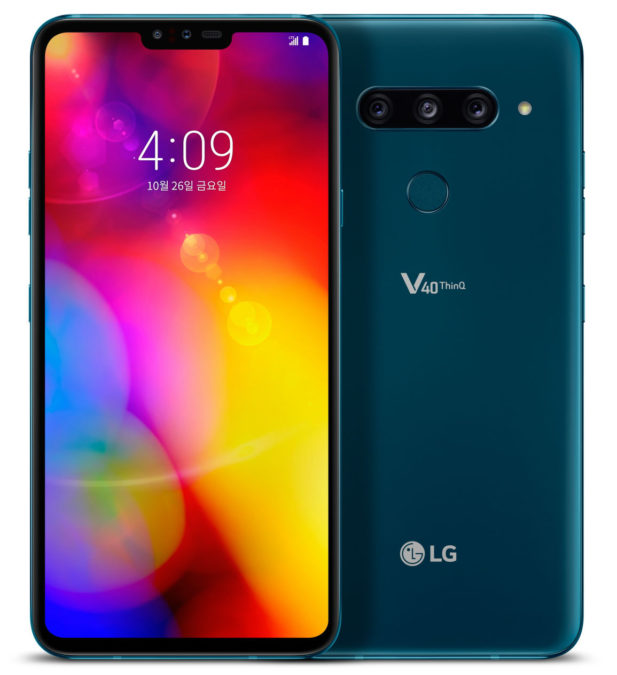 In the smartphone LG ThinQ V40 continues the design philosophy of the series V. the Smartphone is equipped with improved FullVision OLED display with a diagonal of 6.4-inch and thinner frames, compared to the previous model. The device is equipped with a top processor Qualcomm Snapdragon 845, 6 GB of RAM and 64 GB or 128 GB of internal memory.

LG To say she thoroughly worked funkcionalinosti V40 LG ThinQ, and introduced the really wide possibilities of use. The basic module consists of three cameras: 16-megapixel with a super-wide-angle lens, 12-megapixel with standard and 12-megapixel with a telephoto lens. Three cameras allow photographers to create different shots without changing his position relative to the object. 107-degree super-wide angle lens captures large objects on a large background, while a telephoto lens with double optical zoom (or wide-angle lens with 3.2 x zoom) makes clear images at distance without sacrificing quality. The Triple Shot function merges images taken by each of the cameras in the short video, which is easy to share with other users. 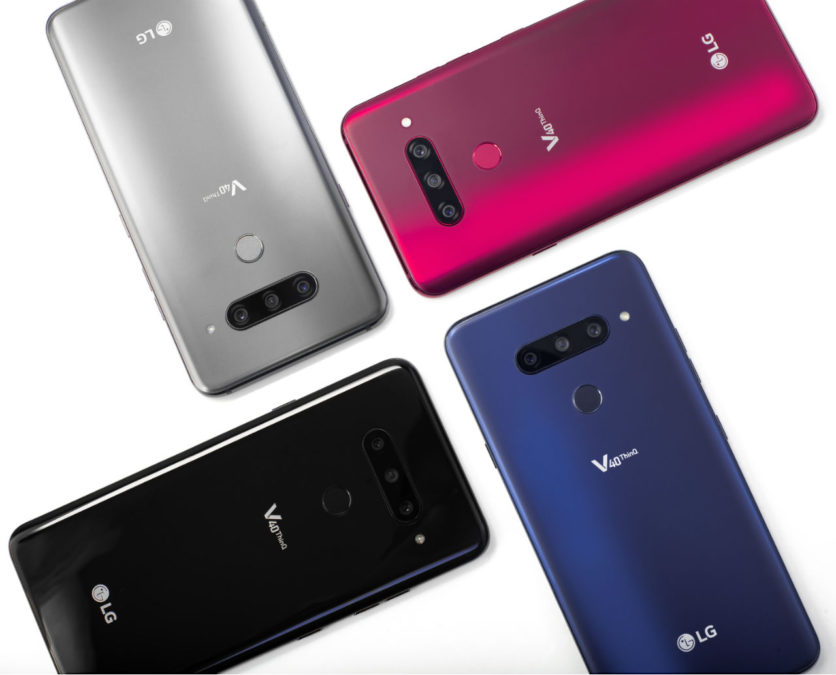 Front-end module incorporates a 5-megapixel camera with wide-angle and 8-megapixel camera with a standard lens, come together to create the perfect bokeh effect, the degree of background blur can be adjusted using a slider on the screen. Other features will allow fans self even more personalize your photos by using lighting and other special effects.

Compared to the smartphone LG V30 pixel size sensor main camera LG ThinQ V40 has been improved by 40% and increased from 1 µm to 1.4 µm, and the sensor is increased by 18%. In addition, the main camera aperture f/1.5 provides a greater degree of depth of field. In addition, we have halved the shutter speed, and significantly faster burst mode, compared to LG V30.

Phase detection autofocus reduces the time auto focus by 50%, compared with the average indicators in the industry. Improved HDR function analyzes and selects the appropriate exposure settings to create perfectly lit shots, eliminating over - or underexposed image. The camera continuously checks the sharpness to shooting shutter button to ensure perfect focus in all the pictures.

Due to improvements camera smartphone LG ThinQ V40 became more powerful and intuitive, improved color reproduction, the possibilities of composition, white balance and shutter speed. New camera function AI Composition is connected to a smart system of your smartphone to frame, capture and recommend alternative footage to that which was removed by the user. The auto white balance setting AI Auto White Balance (AWB AI) adjusts the color temperature under different light conditions, the AI selects the appropriate Shutter speed shutter that is especially convenient while shooting fast-moving objects.

Among other functional features are marked, such as Cine Shot, 3D Light Effect, Pro Makeup, Custom Backdrop, My AR Avatar and Emoji.

LG ThinQ V40 is the first smartphone of the company, in which the audio capabilities developed in collaboration with the company Meridian. 32-bit digital to analog Converter Hi-Fi Quad provides a balanced sound that accurately reproduces the sound of the original recording. Boombox Speaker, originally presented in the G7 smartphone LG ThinQ, double bass the normal speakers smartphone using the inner space of the device as a resonator. When placed on a hard surface or an empty box smartphone LG ThinQ V40 enhances the bass.

Release date, prices, and more information about the smartphone LG ThinQ V40 will be announced in each country separately as available for sale.