The South Korean company Samsung Electronics has announced a new smartphone Galaxy A7, equipped with a triple main camera and, as she argues, the widest viewing angle in the range of smartphones Samsung Galaxy. Galaxy A7 will go on sale in Russia in early October. The recommended retail price of the device will amount to 26 990 rubles. 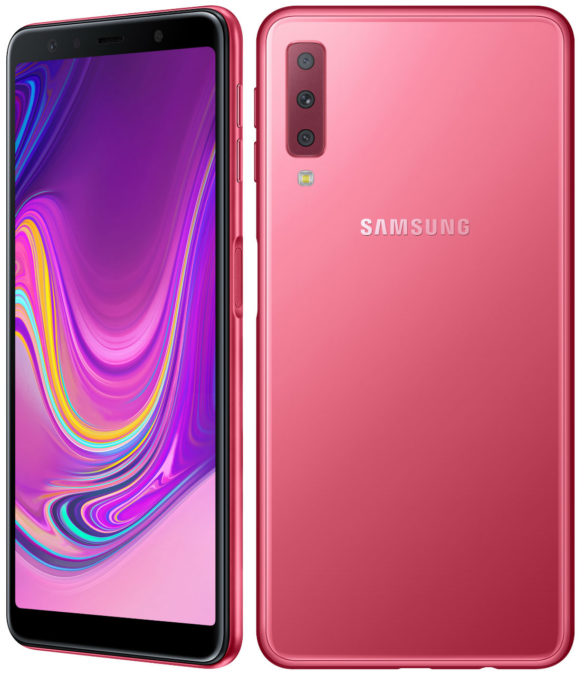 The product has a premium body made of glass and metal and sleek curves and lines, making the device comfortable in the hand. And side fingerprint scanner allows you to unlock the phone even easier than before – while the user pulls it from his pocket.

Galaxy A7 is available in three stylish colors – blue, black and pink.

Specifications of Samsung Galaxy A7: