Currently the fate of the Sailfish OS is still a matter of public curiosity, although the project can hardly be called popular. Perhaps this prompted guide a closer look at the segment of wearable electronics. 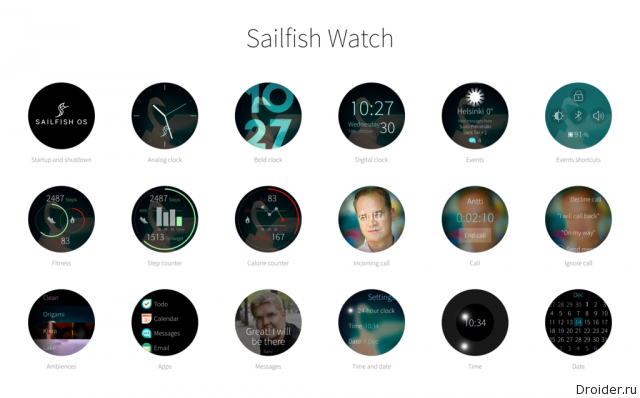 On the official YouTube-channel startup has published a short video showing the OS in the "smart" clock.

As you can see, the round smart watch is tested a special version of Sailfish OS. Operating system works quickly and is reminiscent of the design and gesture control Android Wear.

Most Likely, branded gadget from Jolla is not worth waiting, but the operating system can be used by other manufacturers, that something wrong with the version from Google.

Recall that in 2015 the Finnish company abandoned the production of smartphones or tablets, and more recently Sailfish OS has been approved for use in the Russian public sector as an alternative to the Green robot.