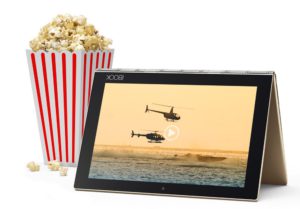 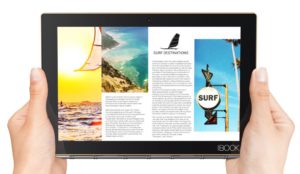 Lenovo Yoga Book has an articulated structure, which consists of 130 items and provides the screen rotation on 360 degrees. This gives you the opportunity to work with the devices in the modes "laptop", "tablet", "presentation" and "console". 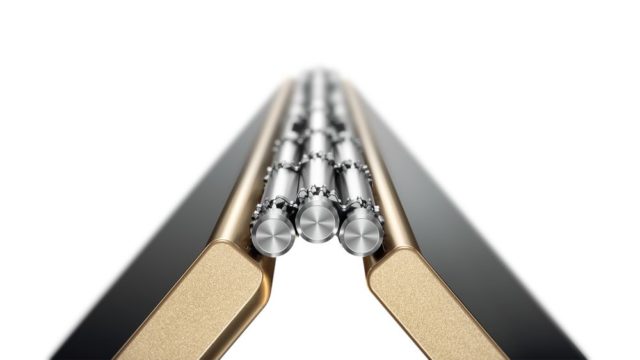 The tablet uses multi-mode input panel, consisting of five layers. The top is glass with a thickness of 0.55 mm with anti-glare rough surface, which the developers have done a very similar feel to the paper when writing. The second layer is touch-sensitive, it is used to recognize finger touches when typing a Halo Keyboard. The third membrane for the keyboard backlight. The fourth film, capable of interacting with a pen Real Pen using electromagnetic resonance (EMR). In the fifth layer placed electronic components of the computer: chipset, memory elements and battery. 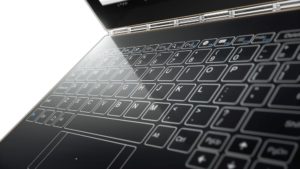 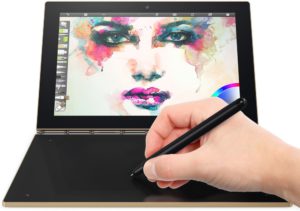 Halo keyboard Keyboard with led backlighting appears on the flat panel in the form of contours of a key mode only input of textual information. It features haptic feedback, teaching writing style of the owner and predictive text input.

The rest of the time the multifunction panel looks monotone-black and used for joint operation with stylus pen Real Pen. For accurate and quick input of graphic information technology electromagnetic resonance (EMR) from Wacom that allows you to recognize up to 2048 levels pen pressure and permitting it to be tilted up to 100 degrees. Stylus, thanks to the easily replaceable working members, provides for two modes of operation. 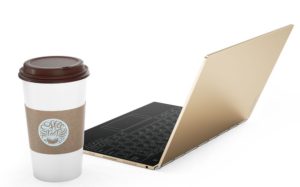 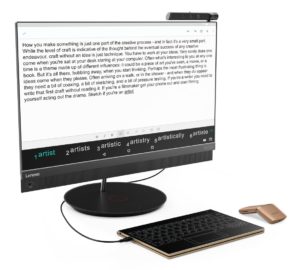 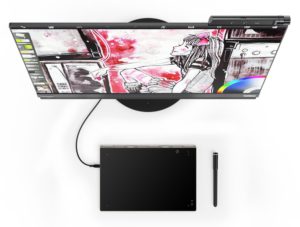 When using Real Pen rods with ink the user can write and draw on paper or in Notepad, put the touch pad. The graphical information is instantly digitized and in parallel is displayed on the laptop screen. If the stylus includes a rod with a tip made of Polyoxymethylene (POM), it becomes possible to work with the input panel, like a normal graphics tablet.

The Tablet 2-in-1 Yoga Book is made in a durable magnesium and aluminum alloy, with a thickness of only 9.6 mm and a weight of 690 g. It is available in two colors: gray (Gunmetal Grey) and Golden (Champagne Gold), and lithium-polymer batteries provide Autonomous operation within 15 hours.