A smart watch from Google is getting closer 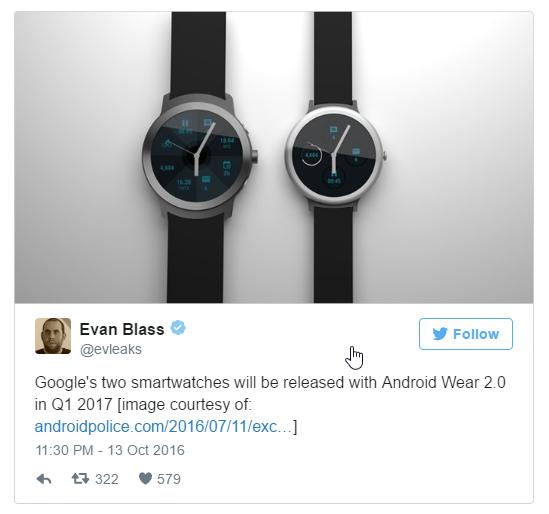 it is not the first time we hear that Google is preparing its own smart watch. Now that sounds very very plausible after the release of the series smartphones Pixel. These watches, which we will have to get into the market with Android Wear 2.0 and the new Google Assistant, which recently showed us a search company.

Now, if you believe the reports of a reputable @evleaks, the release date of the devices as close as ever. Evan Blass says that Google will delight us with new devices in the first quarter of 2017.

Before we even saw the first unofficial renderings of the products. Recall that the devices have received the code names Swordfish and Angelfish. The latter will be larger, will be able to work in LTE networks, make friends with GPS, and also includes a heartbeat sensor.

Swordfish promise is a bit cheaper because of the smaller size, and without GPS, and LTE.

Previously it was assumed that these two gadget to add line Nexus, but Google recently abandoned its development, because while branding of the devices is still not clear.