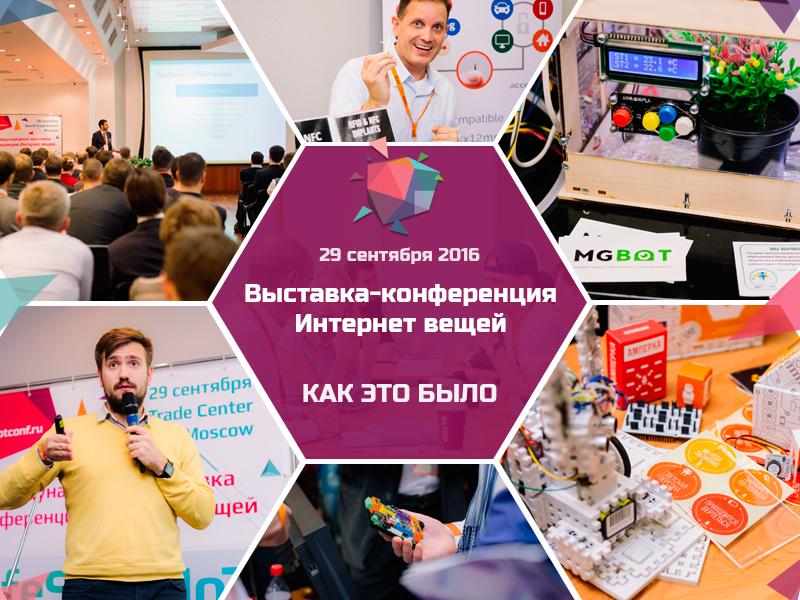 September 29 was held the main event in the world of innovative technologies – international conference "the Internet of things". The event was attended by representatives of state authorities, business, investors, developers, start-UPS and all who are close to the world of smart technology. It is worth noting that there were official foreign delegations, which have become frequent guests of the "Internet of things". 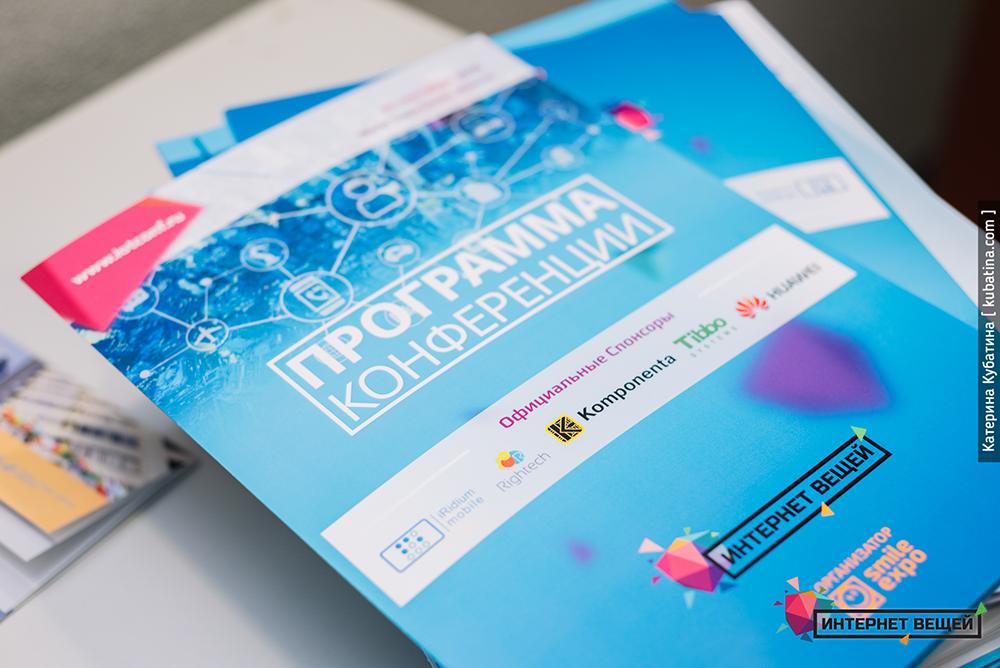 This conference can rightly be called the Central event of Russia, devoted to smart technologies. After all, compared to other industry events, here are represented all the development from the sphere of Internet of everything and IoT market.

The 2016 Event memorable with its dynamic, bright speakers, an exciting Battle of startups, smart solutions in the exhibition area and the final speech of the guest of the event — Patrick Kramer, which turned everyone into cyborgs. However, everything in order.

In the framework of the conference was given over 30 speakers. Visitors were particularly interested in unit Industrial IoT, where they discussed innovation in the industrial sector. In the flow of LifeStyle a full house gathered representatives of Google, as the performance demonstrated the latest developments of the company: smart mirror and smart clothes – or rather, a Levis jacket with built-in sensors. 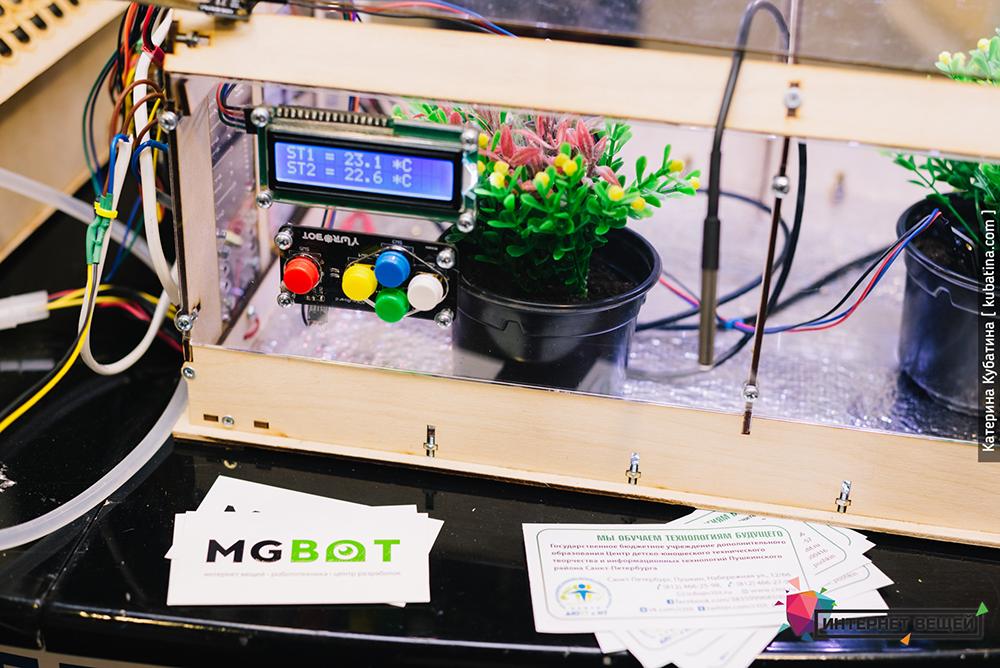 Fairly constructive discussion about the development of technology LoRa appeared between the representatives of the company "SWIFT", Kerlink, AURORA Mobile and "Network 868". The topic of the smart home the fully-revealed speakers from iRidium Mobile, "Tron Project" and Evika.

Alexey Lukatsky from Cisco spoke in detail about the security of the Internet of things and answered numerous questions from the audience.

A Lot of useful information on the application of modern technologies, the visitors learned from the reports Tibbo, Rightech, Komponenta and Huawei. The overall program was high-quality and rich.

Stands with the advanced developments

The exhibition IoT technology company, iRidium, Rubetek Evo and Huawei presented the latest system for smart home. For example, on the stands, "SWIFT", Kerlink and "Network 868" were shown smart meters and data communication system. But the MG Bot and Amperka brought to the exhibition of electronic components, which can be programmed to perform various functions.

Few foreign companies, such as Pulse and Digiwell, for the first time managed to demonstrate its development of Russian IoT market.

However, our participants not only presented their products and presented them as prizes. For example, NetRack during the entire event was conducted among the visitors to the drawing of gifts. The lucky ones got the smart pen, the robot that can be controlled via a mobile gadget, and multiple certifications for the company's services. 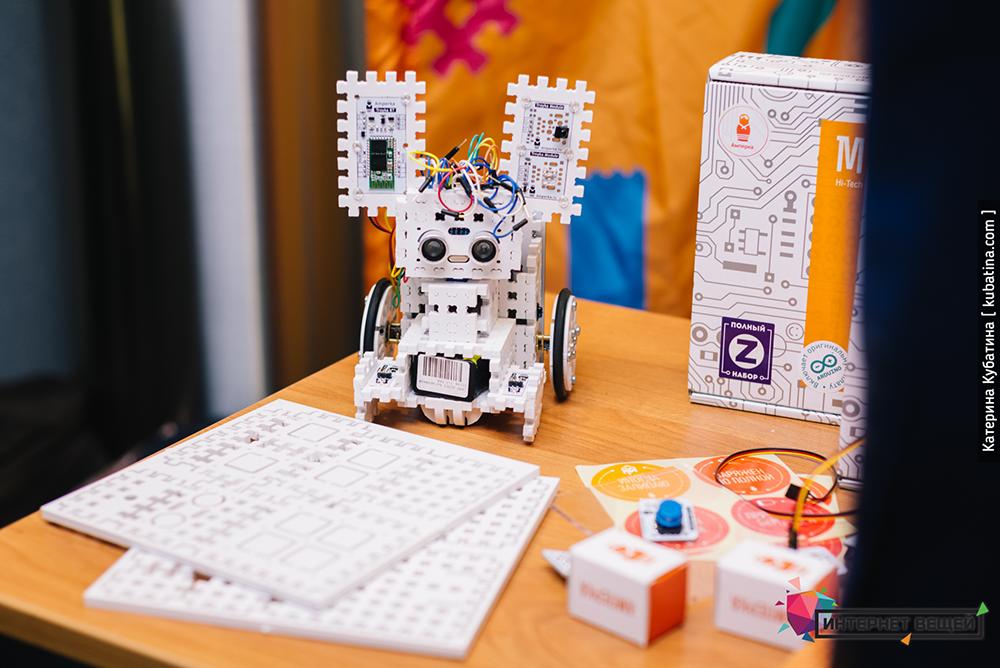 Successful presentations in the area of Speed Dealing

In the first half of the day the conference was held a meeting of developers and investors – Speed Dealing. Here was presented 18 projects, and already there is information that some of them after careful analysis, will receive funding from existing investors. This fact can serve as demonstration projects that have been selected for this appointment.

Rewarding the best journalists: the Tech-in-Media

The Winners of the contest were awarded by representatives of Intel and RBC.

The highlight of the conference was a great Battle of startups, organized and conducted during the second half of the day with the support of partners – companies Bazaar and Startup Technologies.

The 20 young companies from Russia and Belarus competed with each other, proving to the jury that their development is the most innovative. It is important to note that the battle occurred between the similar projects.

Among the jury there were 15 experts of IoT technologies. After 10 rounds of the battle the winner was the team from Belarus. She also won with a score of 6:3 by results of spectator sympathies. 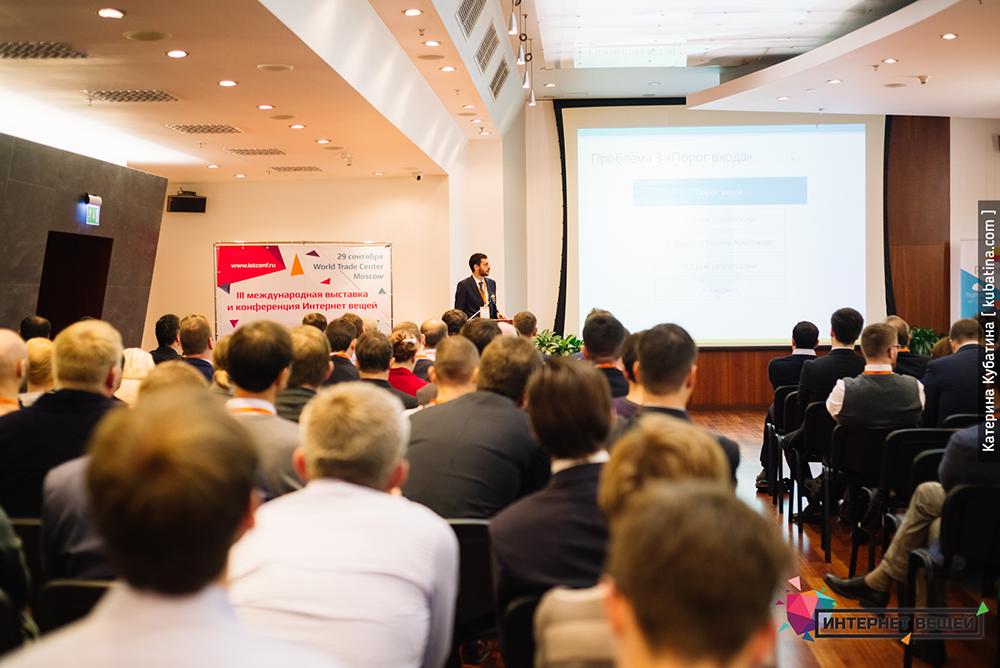 The results of the Battle of startups:

Thanks to the wonderful host of the event – Dennis Kozminykh entrepreneur, mentor, investment board conductor and founder of the Startup Bazaar. Thanks to his charisma battle turned out to be so exciting and interesting.

Experts of robotics and microelectronics of Amperka and MG Bot during the day, conducted thematic workshops. Members of collective training events received practical training on programming and use of modern IoT technologies. 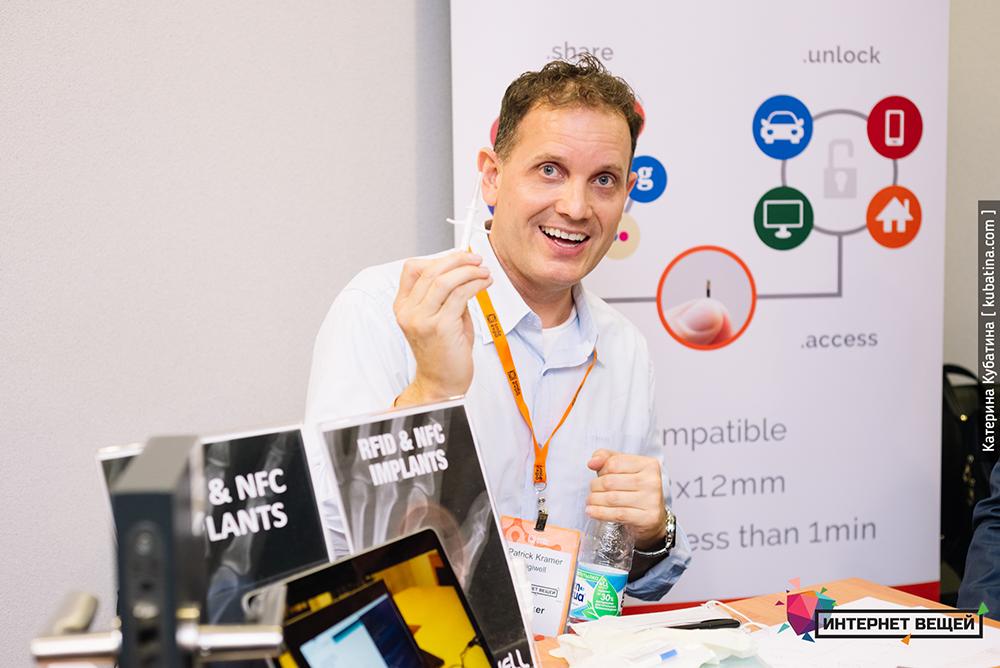 The Transformation of people into cyborgs

One of the most memorable moments of the event was the performance of Patrick Cramer from the company Digiwell – at the end of the conference he was on stage for free implanted microchip, the winner of the competition of social networks. In addition, during the exhibition one of the most active bohaterow Europe implanted device the size 2x12 mm memory 880 bytes to everyone, which, by the way, there were many.

Now the latter-day people-cyborgs will be able to manage electronic locks, lock and unlock gadgets to store passwords and use the chip as a business card.

The Event "Internet of things" was another step on the path to development and deployment of advanced IoT technologies. We thank the official sponsors and partner events – Huawei, iRidium Mobile, Rigtech, Tibbo Systems and "Component".

According to the representative of Tibbo Systems Viktor Polyakova, who for the first time present at the conference "Internet of things", every year the event is becoming more ambitious, dynamic and interesting. Specialist looks forward to future meetings and noted that the "Internet of things" deserves the title of the leading events of Russia in the IoT subject.

IoT technologies continue to develop rapidly, and the conference "Internet of things" – along with them! See you next year!