From rags to riches: How eSports became a cultural phenomenon

Back In 1997, the world had no idea that computer games will ever be able to gather the stadiums of fans. Then, the electronic sports looked antiutopija: a basement with peeling paint in conjunction with cigarette fog didn't promise anything, except poor vision and humped back. In such conditions and growing future idols of millions. 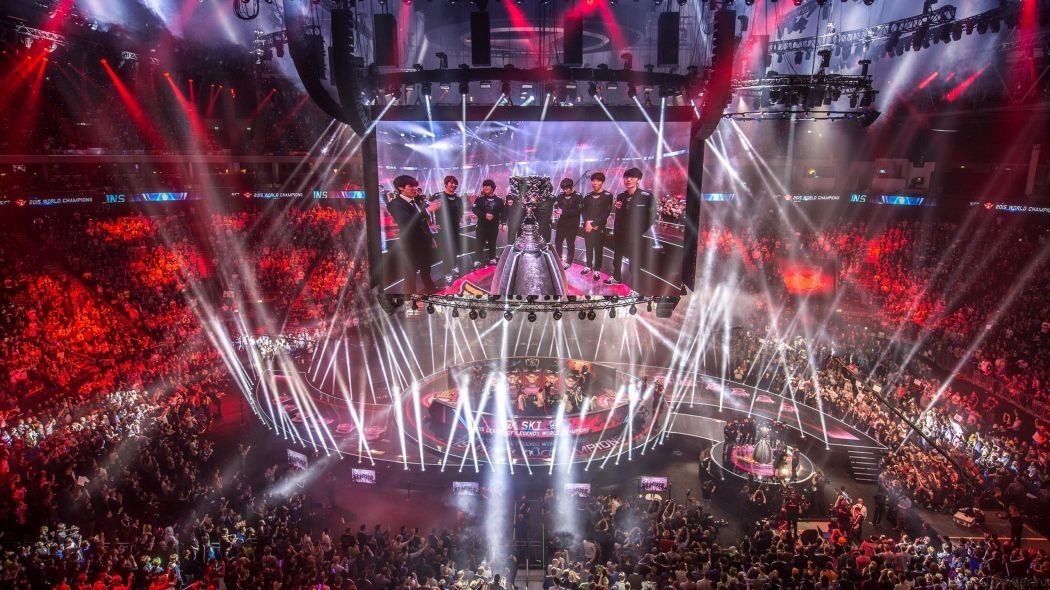 Revision Droider tells the story of the most controversial sport of our time and explains why it is steeper than many classical analogues.

Accepted that first championship videogame has become the “Intergalactic Olympics Spacewar!”, which was held in October 1972. 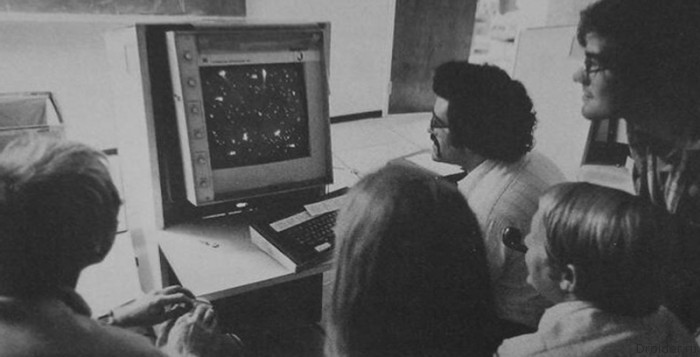 It all Began quite simply – with an argument. In an attempt to show a record result, employees and students of Stanford University competed for a year's subscription to mega then Rolling Stone magazine. To draw attention to the event, on posters on the walls of Alma mater proud letters was displayed “Free beer!”. 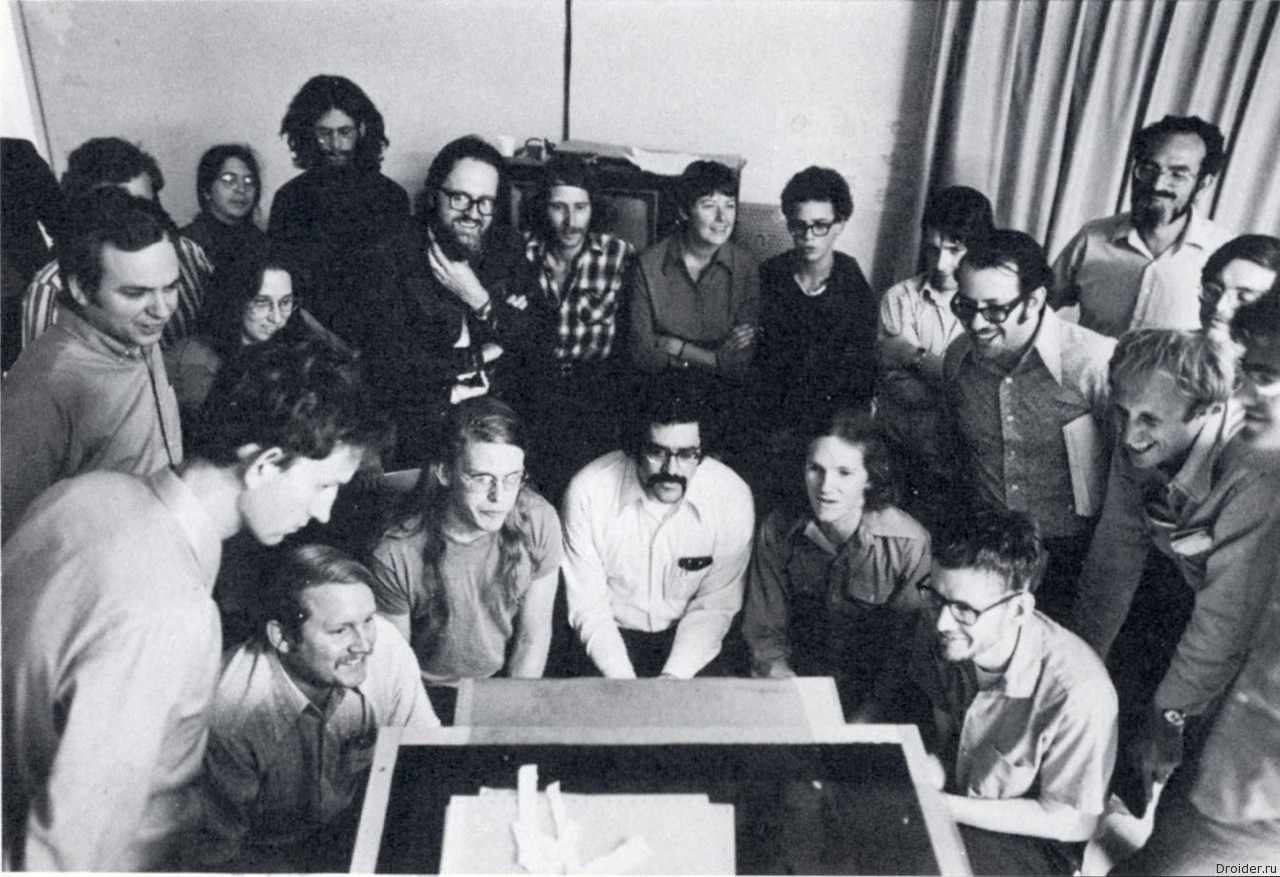 The Tournament brought together an impressive audience and even covered sports edition Stone Sports. the Essay Stuart brand was the first eSports report.

The Era of slot machines

The First personal computers and console triggered an unprecedented interest in computer games. However, biting the tame price tag could not every. Therefore, the eyes of the activists rushed to the side of slots in the 80's it was everywhere. It machines generate around themselves a crowd of Teens who competed. To be on top of the table of Champions was equivalent to the success of urban scale. 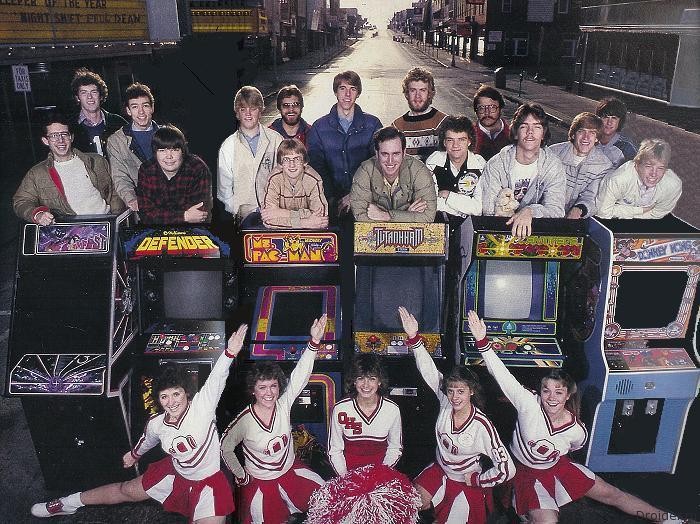 The Problem was that the machines were not of a unified database of results. To determine who is the best in the state or country was not possible. Therefore, in the summer of 1981, Walter Day created the organization Twin Galaxies, which was engaged in check of the best results. Created base laid the Foundation of the “National records”.

Soon, on the TV there were broadcasts devoted to "electronic sports". One of the pioneers has become a popular show That's Incredible!, in which the audience competed with each other in video games. It works like this: a caller on the air reported to the lead that broke the record in a game. Then the player has offered to find a representative of Twin Galaxies to check the result or to wait for the arrival of the judges. A simple scheme has created a boom among young Americans.

However, in the mid-80's oversaturated the gaming market suddenly collapsed, provoking rapid closure of salons. The era of slot machines ended before it really begin. People had no place else to compete, so the battle moved into the homes of gamers.

With the development of local networks, the Internet has changed. Slowly the world wide web ceased to be a wonder for scientists, the military and top officials. The fight went to the not old men, and children. Quake, Counter Strike, StarCraft and WarCraft have become the sandbox of generation of the early 2000s, and the Internet — a new street. 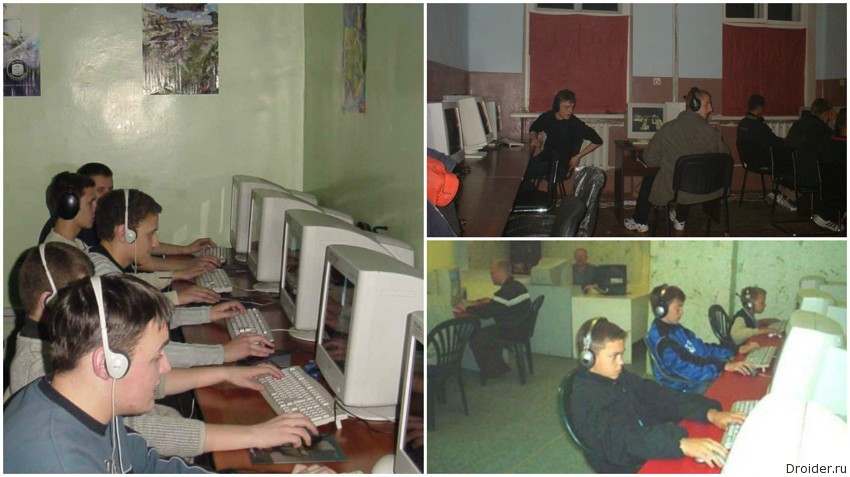 A More meaningful view of the eSports got in the early noughties, when under the auspices of the WCG (World Cyber Games) in several parts of the world were organized qualifying rounds for the most popular disciplines.

The competition was conducted by analogy with the Olympic games, but the medal standings, opening/closing, and even hymns in honor of the winners. Just went through this not once in 4 years, and every 12 months. The capital of the international forum was Seoul — the Mecca of e-sports.

What is the situation today

For 15 years, much has changed. Now computer games collect stadiums, major events are broadcast live big TV channels, about the players shoot the movie, and the victory e-sports tournament (champion of The International 5 received more than 6.2 million dollars) brings more money than first place Wimbledon (2 939 229 dollars), not to mention the Nobel prize (952 000).

Everything became so serious that in 2016 a major tournament organizers began to test players for doping, and match fixing not only for life excluded from the competition, but put in jail. Which is justified, because according Esportsearnings, the prize pool of all eSports Championships in 2015 amounted to more than $ 65 million.

Some athletes, completing his professional career, decided to be in trend. So, Rick Fox is a former professional basketball player, three-time NBA champion in the “Los Angeles Lakers” and now host e-sports club Echo Fox, which owns the line CS:GO and LoL. The latter, incidentally, performs in the most prestigious group — the League of Legends Championship Series. Rumor has it that for a place in the elite division, the Fox has laid out $ 1 million. “As a professional athlete, businessman and a full member of the gaming community, I clearly see how rapidly evolving and growing eSports, and I understand that we are on the verge of something impressive. For me this is an exciting opportunity to share their knowledge and expertise in the fields of sports and entertainment with people in the role of leader Echo Fox. This decision is equally based on my business and personal interests,” said Rick Fox.

A Gust Fox recently supported former teammate on the Lakers, Olympic champion Shaquille O'neal. Together with the famous baseball players Alex Rodriguez (“new York Yankees”) and Jimmy Rollins (“Chicago white SOx”), the athlete became an investor club — Team NRG. The amount invested in the project funds was not disclosed, but the head of the organisation, Andy Miller (co-owner of the basketball club “Sacramento kings”, a former Apple Vice President) believe that using famous athletes to cyber-version of the competition will begin more serious concerns. 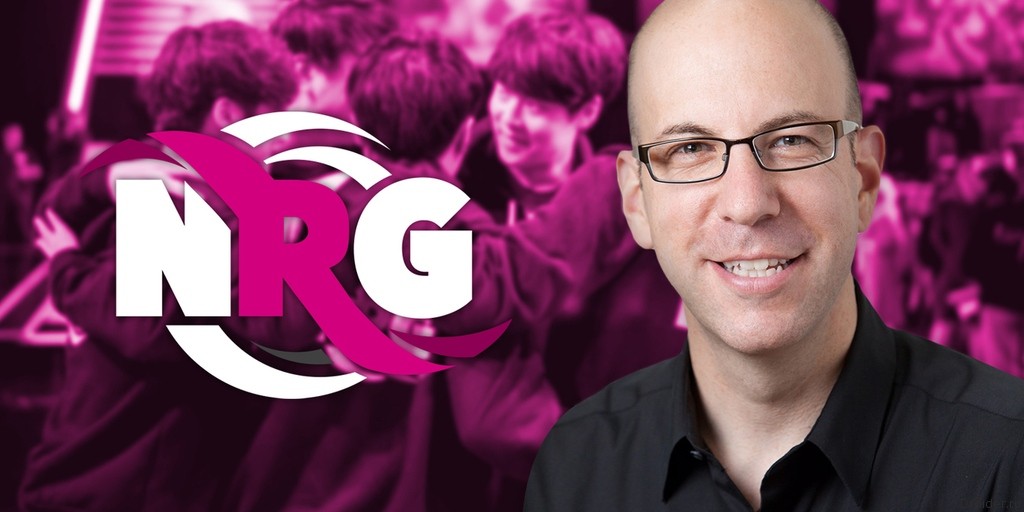 “I feel that the more famous athletes to create and invest in an eSports team, the faster the public will begin to perceive eSports as serious as athletes from traditional sports. After all, these guys are no different,” said Andy Miller.

Athletes are not the only representatives of the traditional sports, those interested in computer battles. Curiosity to a professional gaming show and the owners of professional teams.

Among them, the American billionaire mark Cuban, owner of basketball club “Dallas maveriks”. The entrepreneur admitted in the love of League of Legends and expressed their readiness to create a team for this discipline. Until that happens, Cuban is investing $ 7 million in betting project Unikrn that only accepts bets on e-sports events. 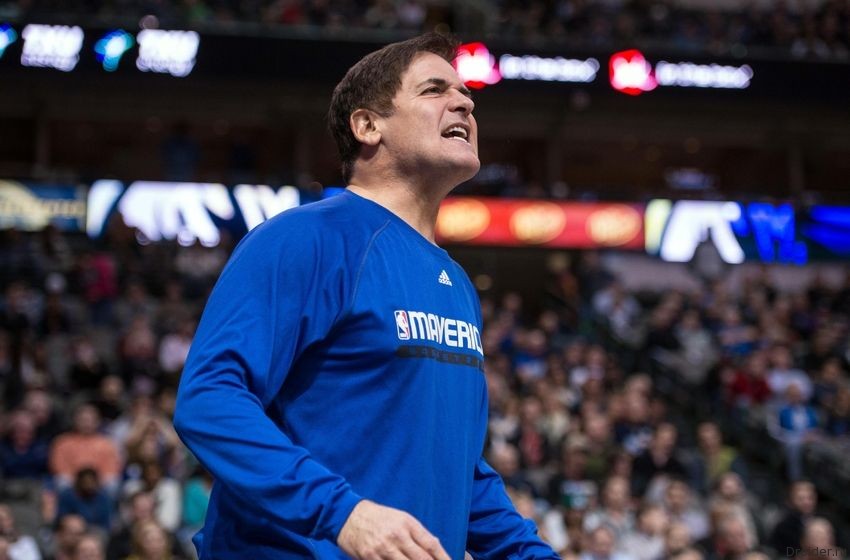 “the Rapidly growing popularity of eSports has created a new category of the competition. I am concerned that will be associated with a new sport on the verge of its tremendous growth,” said Cuban.

However, in the world there are sports clubs, which contain the compositions of the most popular eSports disciplines. For example, the Turkish “Besiktas” for the second year has a team on League of Legends, Spanish “Basque country” famous Dota 2 and German “Wolfsburg” this year has signed contracts with two professional players in FIFA 16.

It is Not excluded that the example of their foreign colleagues will be followed by Russian clubs, and derbi CSKA and “Spartak” will move into cyberspace. The background to this turn.

For Example, a recent USM investment Holdings of Russian billionaire Alisher Usmanov in the domestic e-sports club Virtus.pro. The amount of investment amounted to $ 100 million. Never before had not invested in the national virtual sports even a hundredth part of the money.

The“100 million investment — the official recognition of eSports business. The name Alisher Usmanov is the guarantee that eSports will develop and prosper. Sign for all investors, it is time to act and try to take a place in the industry, which is estimated at billions of dollars in the next 5 years. This is not the first major deal in the market of eSports, but this surge of interest was never. For Russia it means that a player who the first time will be virtually a monopoly. Places on the market a lot, and obviously in 2016 we are waiting for announcements on new investment in eSports from large foundations or private individuals”, — says Yaroslav Lumps, producer Cyber.Sports.

What will the allocated funds can only guess. However, the first results of a multi-million dollar investments already traced. In 2016 Virtus.pro and Alisher Usmanov going to build in Moscow, the world's largest eSports stadium.

Another engine computer sports are the streams or live broadcasts of tournaments. Thanks to services like Twitch, Azubu and Hibox, the audience from year to year shows a steady growth. Today, the number of audience sostavljaet 188 million people. By the end of the year, according to estimates by SuperData Research, will grow to 240 million people.

The world championship finals for League of Legends watched 36 million viewers, 4.5 times more than the realmega match of the finals of the NHL (8 million viewers).

All this makes eSports one of the most attractive sites for investment. Analysts SuperData reportourmarket is already estimated at 748 million, and by 2018 the figure may reach $ 2 billion.

Russia could not remain aloof from this phenomenon. The country became the first in the world where eSports has received the official status. This momentous event occurred on 25 July 2001, but in 2006 e-sports was excluded from the all-Russian registry of sports, due to changes in legislation. What will happen next — time will tell.

In 2013, us officials perunali players in League of Legends to professional athletes. Now when you enter the country they do not need to collect a pile of papers. Welcome to the States under the simplified scheme. 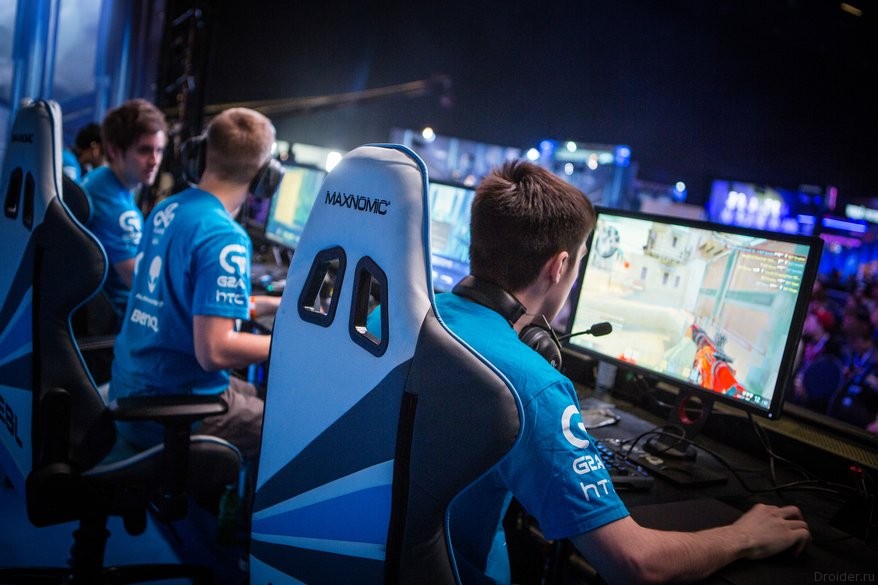 In 2015 in South Korea computer sport was recognised Olympic discipline of the second level. As, for example, racing or chess. However, so far only at the level of the country where eSports the cult and peacefully coexists with normal activities.

The same fate likely awaits eSports in France. In early 2016 there begun to development of the bill on which eSports will be equal to traditional sports.

The lines between eSports and sports no longer exists. Already at the Olympic games in Rio de Janeiro next to the swimming, athletics and football, we will be able to observe for competitions of cyberathletes. While the list of participants is limited to 4 countries (Brazil, USA, Canada and UK), but it will definitely be expanded.