While the Galaxy S7 and S7 Edge pleasing owners, Samsung is working on another flagship, 2016. 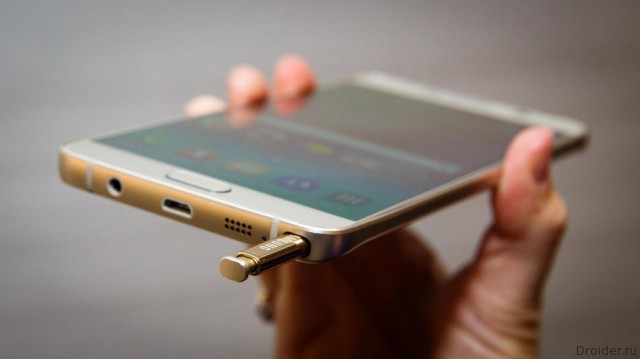 A screenshot of CPU-Z, which has gathered the specifications of Galaxy Note 6 and in one place.

Previous rumors were confirmed. Phablet really got 6 GB of RAM. Other features are less interesting: 5.77-inch QHD screen, processor Exynos 8890, the battery of 3,700 mAh, protection from moisture and dust according to IP68 standard. In addition, it is possible to version of Note 6 Qualcomm — Snapdragon 820 or 823. 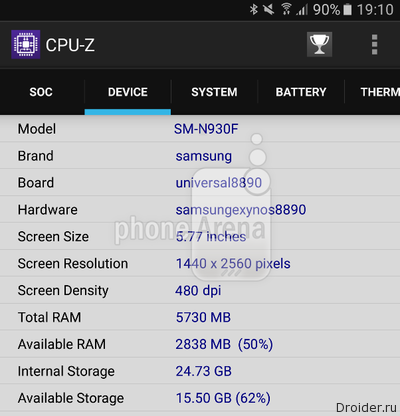 Traditionally, Samsung announces the device line Note in the framework of the exhibition IFA. However, according to unconfirmed information, the new phablet of the Koreans may be announced in July.