HTC working on a flagship smartphone One X9

Anons One A9, which caused heated discussions, attracted the attention of the manufacturer, but did not improve the situation — after the presentation, the stock fell 6.5%.

However, HTC is not discouraged and is already working on the smartphone One on the X9, which will be the flagship of the company in 2016.

This became known from a source from China, published a promotional picture of the product. 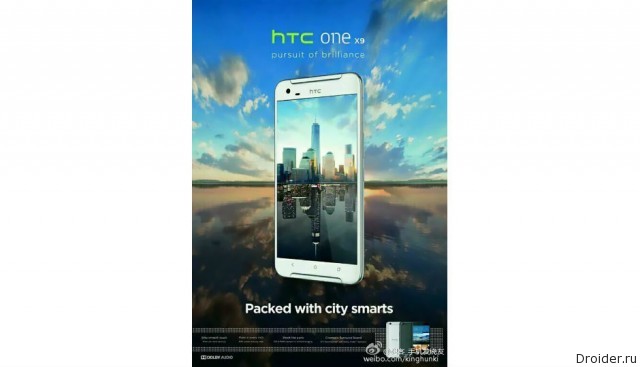 Insider claims that One X9 — top-end smartphone with 5-inch QHD screen, Helio X20 CPU from MediaTek or Qualcomm's Snapdragon 820 4GB of RAM and 64/128 GB of internal memory. Fotosmoralo will be implemented the main 23-megapixel and 4-megapixel cameras. The claimed power is promised to work on the battery capacity of 3500 mAh. Proprietary features, like front-facing UltraPixel camera and stereo speakers BoomSound, are also declared.